Blog launched. The idea is to move over all my previously separate webpages to this system: homepage, iom-pictures, iom-info, and radiosailing links.

moving all the material will take some time...

this site is hosted at dot5hosting and runs WordPress.

The theme is my own modification of the default theme. It's a fixed width theme, meant to be viewable on a 1024 pixel wide screen and the post area is wide enough for a 800 pixel image.

I was on the race committee when NJK organized the annual Sinebrychoff Challenge for 6 mR yachts just outside central Helsinki.

END_OF_DOCUMENT_TOKEN_TO_BE_REPLACED 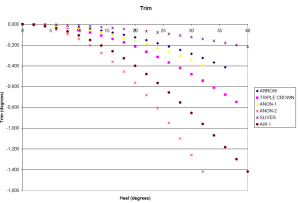 A bit of hydrostatics data for some hulls I happen to have in my CAD program.

28 boats from three nordic countries(4 FIN, 8 NOR, and 16 DEN) gathered in Veddelev, just north of Roskilde, over the weekend of 11-12 June 2005 to sail for the Nordic Championships.

END_OF_DOCUMENT_TOKEN_TO_BE_REPLACED

Since publishing the bulb mould plans there has been a couple of requests for a drawing of only the bulb. Here it is. It's a round cross section 350mm long NACA 0010-34 bulb.

I'm using a feature of Adobe Acrobat 6.0 to attach a DXF version to the PDF file. Open the PDF in acrobat reader and access the DXF by right-clicking on the paper-clip on the right and choose "save embedded file to disk".

The DSM system by Spektrum RC (www.spektrumrc.com) is a new and exciting development.

I got my RF-module and receiver ahead of the radio that I have also ordered so I have time to inspect the DSM parts before trying them out...

END_OF_DOCUMENT_TOKEN_TO_BE_REPLACED

The best thing since sliced bread ! A digital PVR really transforms the way in which you use your TV. If you have digital TV but don't own one of these yet then you are missing out big time !

Boxes with twin tuners for the terrestial network DVB-T were available for some time in Finland but it was only in the spring of 2005 when twin tuner DVB-C boxes became available. The Topfield 5100 was one of the first products on the market - and naturally I had to have it.

The functionality of the topfield can be extended with your own programs and there are large user communities at least in Australia, UK, and Germany.

Here I have taken a look inside the box and tried to describe the hardware. Some of the wilder hackers think it should be possible to run an entirely opensource software(VDR) on the box...

END_OF_DOCUMENT_TOKEN_TO_BE_REPLACED 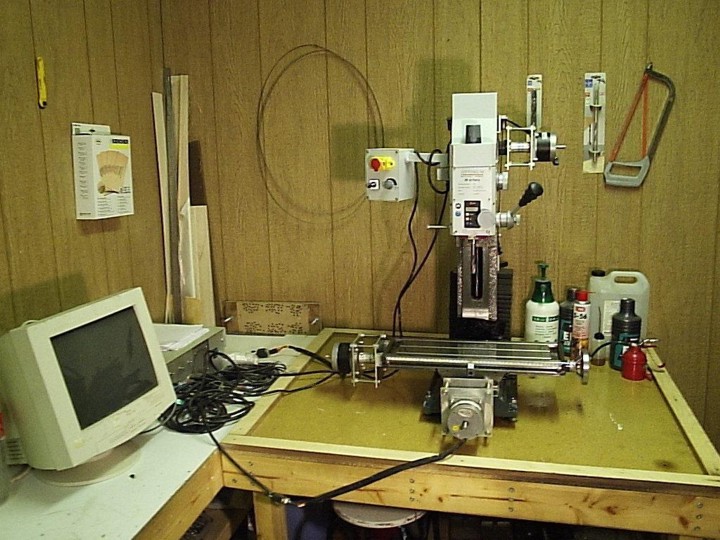 Jari Immanen is making a plug for a Marblehead. This is our homebuilt CNC machine. It's an Opti BF20 retrofitted with steppermotors. Geckodrives drive the steppers using the TurboCNC software.

END_OF_DOCUMENT_TOKEN_TO_BE_REPLACED

SÃ¸ren Andresen (DEN) sent me the plans for his own design with which he won the 2005 Nordic Championship and placed 2nd in 2004. He also sailed it into 35. place in the 2004 Euro Champs in Arcos/Spain.

The PDF file contains the sections and a drawing with the mast and keel positions but you should really download the DXF file and printout accurate sections with a CAD program if you want to build the boat.