When installing drivers for a recently installed PCI card:

Seen in the parking garage of Vantaa shopping centre Jumbo. 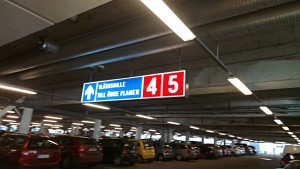 You would think that after a ~30 keur (thirty-thousand euros) pipe-renovation which involves a complete rebuild of the bathroom and moving the kitchen you could get working electric outlets everywhere. No Sir. Check out the brown live-wire in the picture below. The wiring is solid copper wire which breaks if you bend it too much - exactly what happened here. Everyone makes mistakes, and the devil is in the details, but shame on the electricians for not testing that every outlet works! 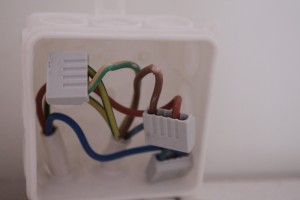 The boys and girls at youtube/google have a funny kind of humour. Anyone else seen something like this lately: 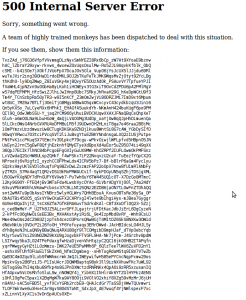 If you're into that game where you use long sticks to hit a small white ball into a hole in the ground, and would like to hear how Tom Watson, 60, is beating  Tiger, head over to the very flashy masters.com.

This wouldn't be a problem if there actually was audio at either setting, but having tried Firefox and Chromium under Ubuntu, and then Chrome, Firefox, 64-bit IE (which doesn't have Flash) and 32-bit IE on Windows 7, I still haven't heard any of the radio broadcast 🙁

Why oh why can't they send the radio broadcast over an open protocol so you can listen to it with VLC or some other generic player?

And, dear IBM-engineers, please re-do the radio UI, thanks.

Geography according to DHL: The most economical/effective/quick way to ship something from Arlanda to Helsinki is via... Leipzig, Germany. FAIL.

Adobe probably wants to say something like "close download-wizard", but they've translated this into "near download-chief" 🙂