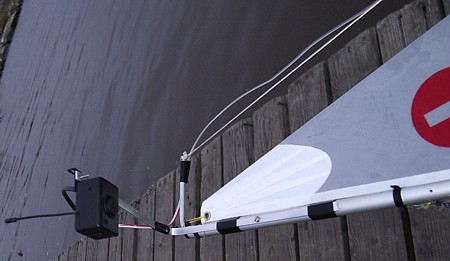 Jari got a small wireless camera operating on 2.4 GHz and mounted it at the top of the mast on his no2 rig. With the bulky power connector removed and a longer wire for the 9V battery which is under the deck the camera weighs about 20g. Now we used a preliminary aluminium angle to hold the camera, but a better carbon arm should be made for next summer.

This camera is the variant where you can plug the receiver straight into a laptop via the USB port. The receiver even gets its power via USB, so no extra power supplies needed in the field. Range seemed good, and image quality was OK - probably now limited more by the compression used in the PC than by the camera. 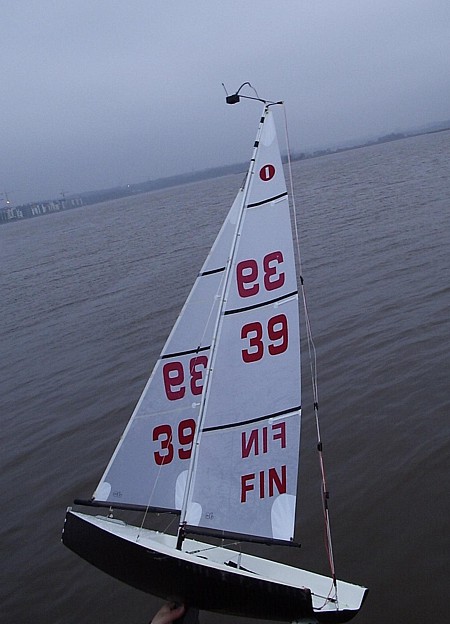 The idea is to look at how the sails, mast, and whole rig behaves from on-board images. It's probably hard to say something from a single video or frame, but if some parameters (say shroud height) is systematically varied on the same boat in the same conditions then we're hoping this could provide some insight into what's going on.