28 skippers from three Nordic countries came together at Malmoya/NMS (wikimapia.org rocks! I challenge all my readers to add at least one place!) for 8 races on Friday in no2 rig conditions and light rain and continued on Saturday for 6 more races in a strong wind with no3 rig. 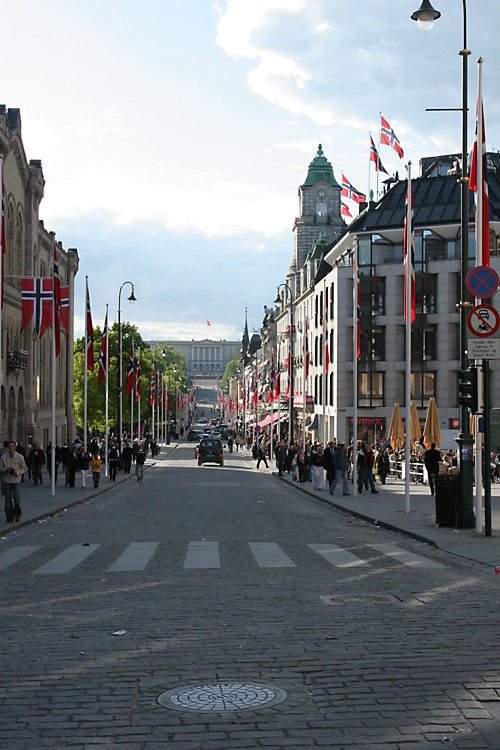 Arriving in Oslo on 17. May meant that the whole of Norway was celebrating the constitution day! 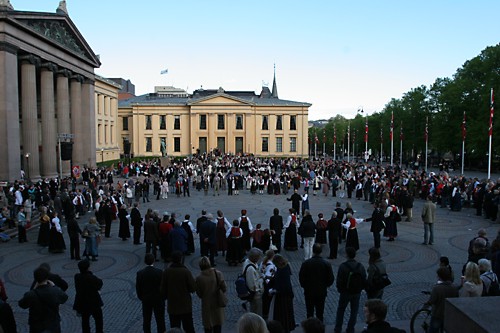 Dancing in the streets. Most people wore traditional Norwegian outfits.

Traffic lights Norwegian style: If one red man is good for you then two must be about 100% better still! 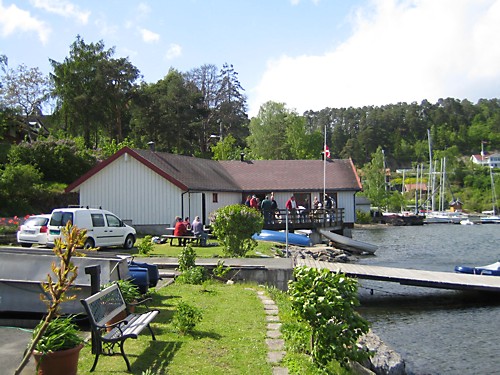 The race was hosted by Norsk Modellseilforening. Above their clubhouse on the Malmoya island just 10 minutes outside the centre of Oslo. The club was founded in 1904, and it shows in the historic yachts and photographs inside the club. Now they have about 30 members with weekly races gathering 10-15 boats I understand. 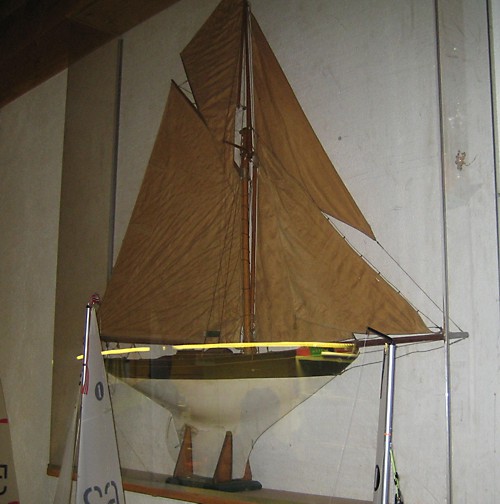 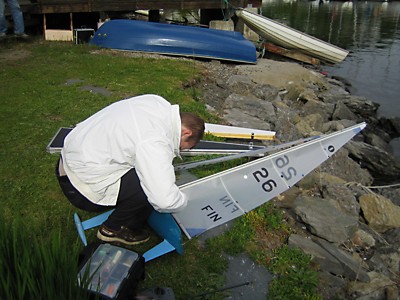 As my new Noux is not ready yet, I sailed FIN-26, the Italiko I had at the Vancouver Worlds (thanks to Lasse K for lending me his boat!). I was struggling to find balance on the beat with the no1 and no2 rigs on the first racing day, and a good start with placings of 3-5-4-4 dwindled into 7-7-7-8 (including my two throw-outs) by the end of the day as the mind tries to compensate for lack in boatspeed with increasingly radical tactical decisions...

Speed on the second day with the no3 rig was much better and I was able to keep up with the usual suspects that have dominated these races over the past years (that's Torvald K from Norway and SÃ¶ren A from Denmark). I might be imagining things, but I felt that the Italiko was very easy to manoeuvre and keep still on the starting line, perhaps due to its large area keel. A solid start and a good first rounding is vital in radio-sailing, and as these two bits of the puzzle came together I managed 2-3-2-4-3-4 on the second day (just like the first day should have been!). Still there were a boat or two passing me on the long beat because the trim of the boat was not exactly right, but tactically I'm very satisfied with the 2nd day's racing. 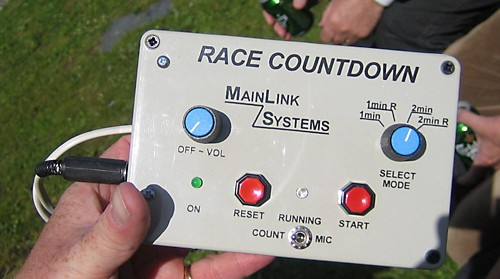 Race officer Ole-Peder BjÃ¶rsom used this countdown system by Main Link Systems together with a speaker (below). It worked very well and provided enough volume even in the no3-rig conditions. 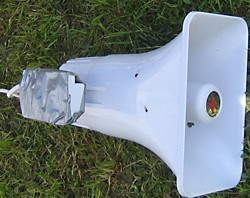 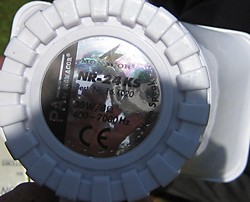 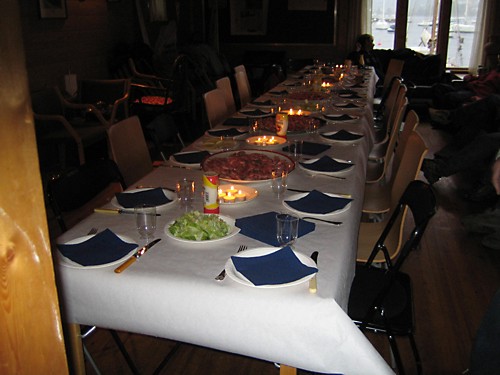 The first day of racing was concluded with a shrimp-based dinner for all participants in the clubhouse. 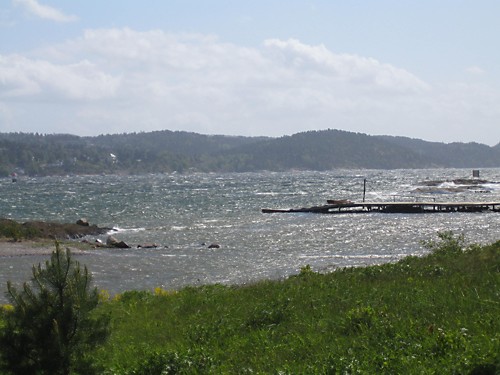 These two pictures were taken just after racing finished on the second day and show the steady 13-15 m/s winds with gusts higher still. A brave wind-surfer was seen resting for about 10min on the jetty before continuing his blast across the fjord.

Now it's clear why the Swedes weren't present: they're busy cnc-milling plugs and testing their latest design in the bath-tub!

The results and a race report are available at iom-nordic.org.

I don't have any sailing pictures, but I'd like to publish some here especially from the 2nd day. So if anyone has some good action photos let me know.

The remaining two races in this series are: 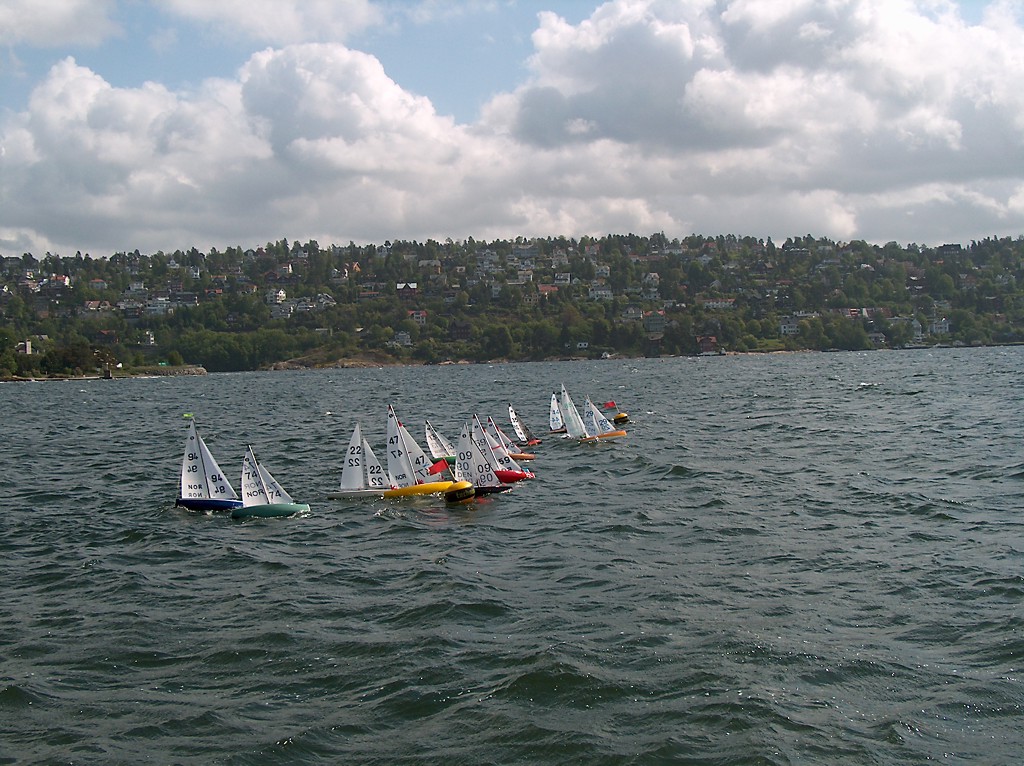 If you look real hard behind the bow/jib of NOR-59 you can see a bit of blue - that's me! 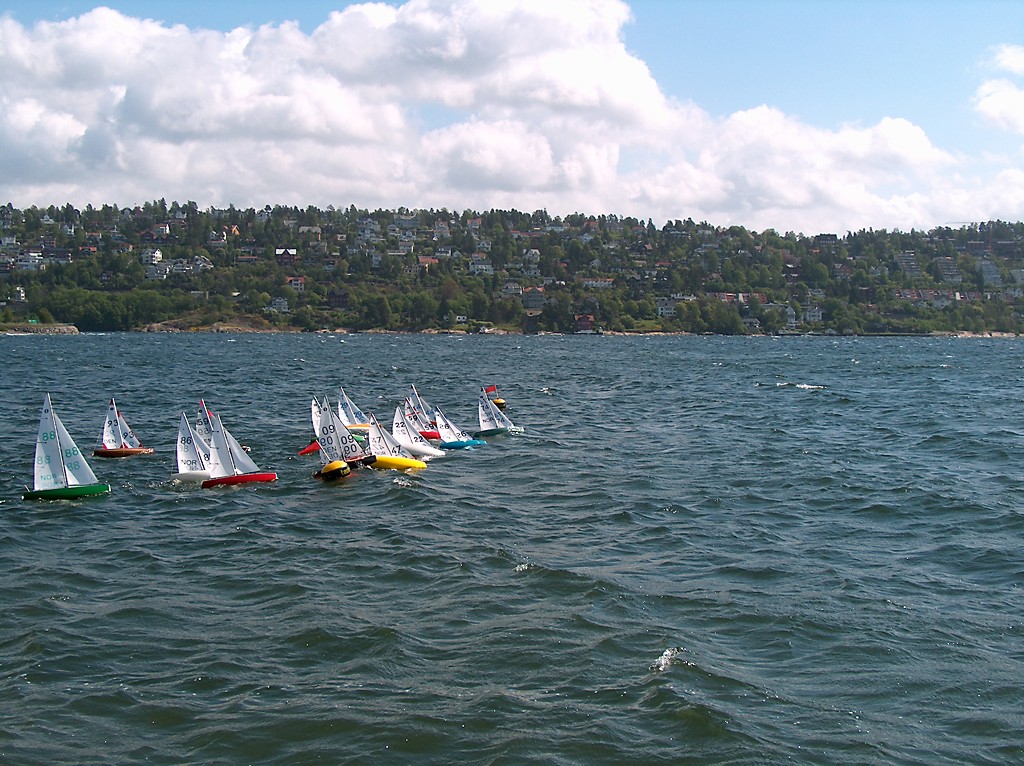 This is probably not the same start as the one above. Note however how the (consistent?) skippers prefer a similar position on the line. The yellow (47) and black (09) boats are close to the starboard flag, the red (59) and blue (26) are in the middle of the line.