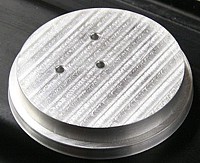 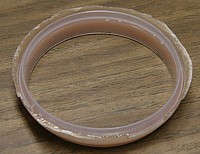 I'm really happy that we now have the whole chain from drawing (far left), into CAD/CAM andÂ cnc millingÂ (middle left) making high-tolerance (well, almost...) parts (middle right), which can be used as moulds for Noux components (far right). With some effort and determination you can now go from concept drawing to finished part in one weekend.

Here's the part I wanted to make. It's an RC-pot recess for the Noux. I'm using a lid and rim from a food container as the only hatch in the boat. The rim attaches to the lower conical part, and the lid is recessed into the deck by the upper conical part. 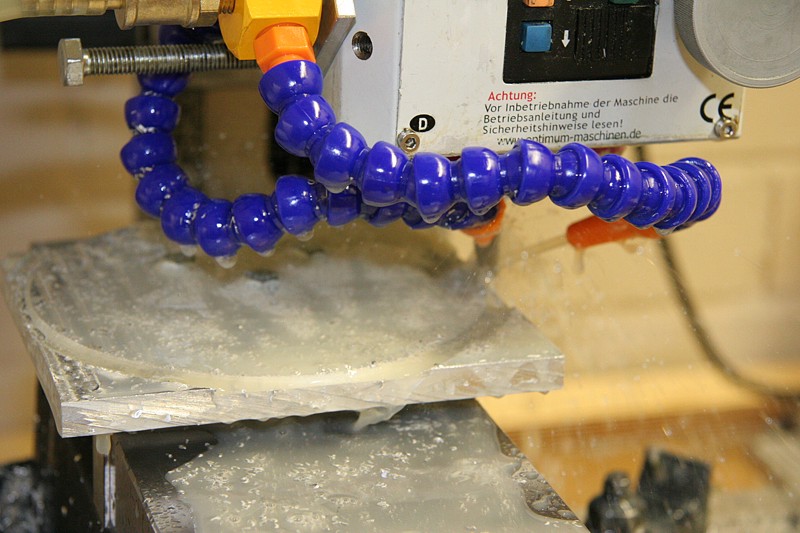 Our mill is still very much being upgraded with parts here and there, here you can note the new heavy duty vise (below the part), and a new coolant system (blue lines, now powered by a much stronger and higher volume pump than before). We're now using EMC2 to drive the mill which works much better than turbocnc. 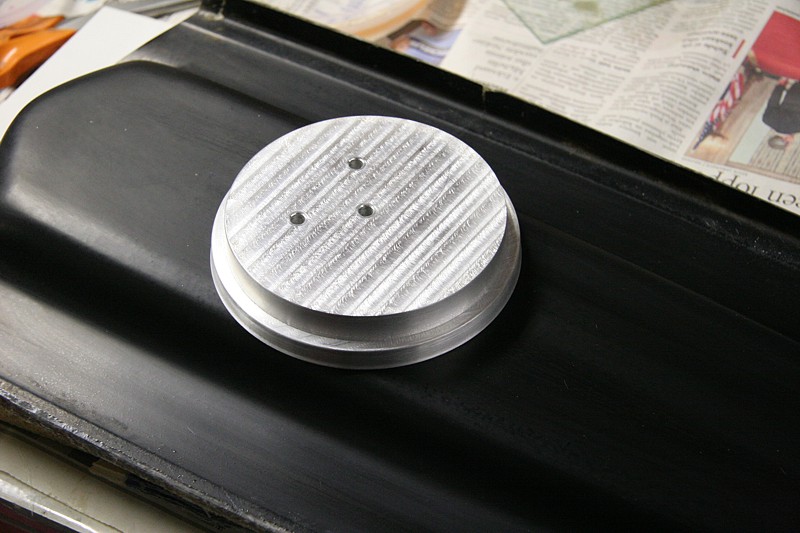 Here is the finished part. It's milled in two parts with a central bolt holding the two pieces together. Here I've positioned the disks on the aft-deck mould, approximately where they will be attached eventually. 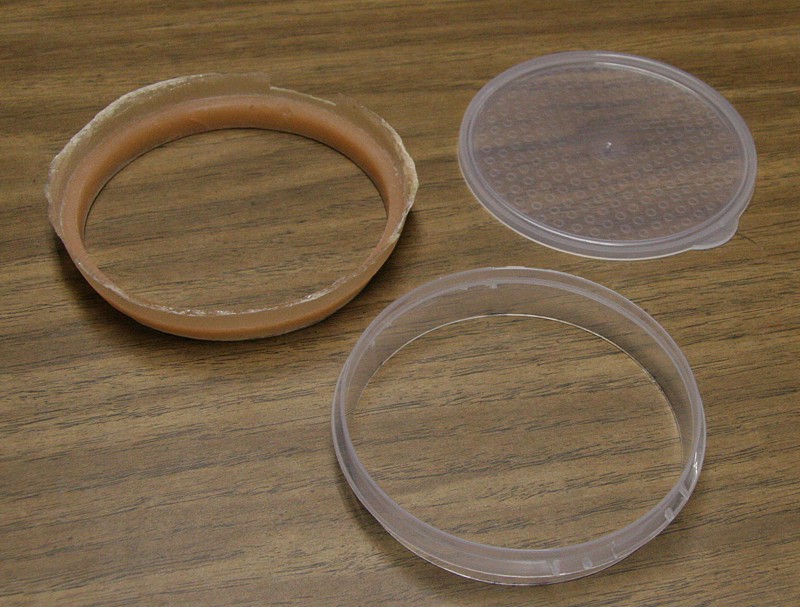 Before bolting the disks to the aft-deck mould we wanted to make a test part, so in the upper left of this picture you see a moudling with only the two rings. We've used epoxy mixed withÂ micro-fibers (the brown/pink stuff)Â to round off the 90 degree corner before applying any fiberglass. To the right the rim and lid of the pot.

Removing the moulding from the metal disks was no easy task although we used the same Frekote release agent that works well with other parts. The aft-deck with the pot-recess will probably require some careful moulding technique or otherwise we will end up with a deck stuck to the mould... 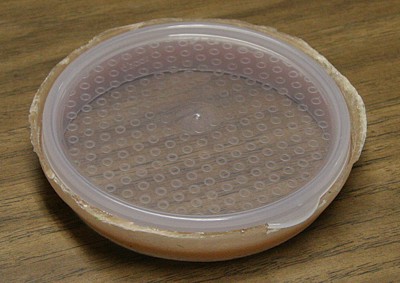 Happily, the rim fits nicely inside the ring as it should after pressing it down quite hard. A tight fit is good since this join needs to be watertight - probably silicone sealant + four screws are going to hold down the rim in the actual boat. On the right I've put on the lid and it recesses nicely and will leaveÂ just 1-2mm of the lid above deck level. There's an opening for the bit that sticks out of the lid - I think I'm going to cut that off the lids and have a perfectly round hatch in the boat.

I've thought some more about the placement of the radio components and come to the conclusion that the 'flatpack' thing I was thinking about previouslyÂ is maybe not so good. It would position the battery inbetween the winch and the servo and that would make moulding a strong structure quite hard. Above is my latest idea, which would position the winch and the servo on a moudling which will attach to the inside rim of the hatch. This part will also require a custom mould which I'll probably cnc cut from aluminium. The battery would then require a separate 'pocket' or 'cage' that must be made separately. The Spektrum DX6 Rx is so small and light that it really does not need any special space considerations, it can be velcroed to almost any surface.