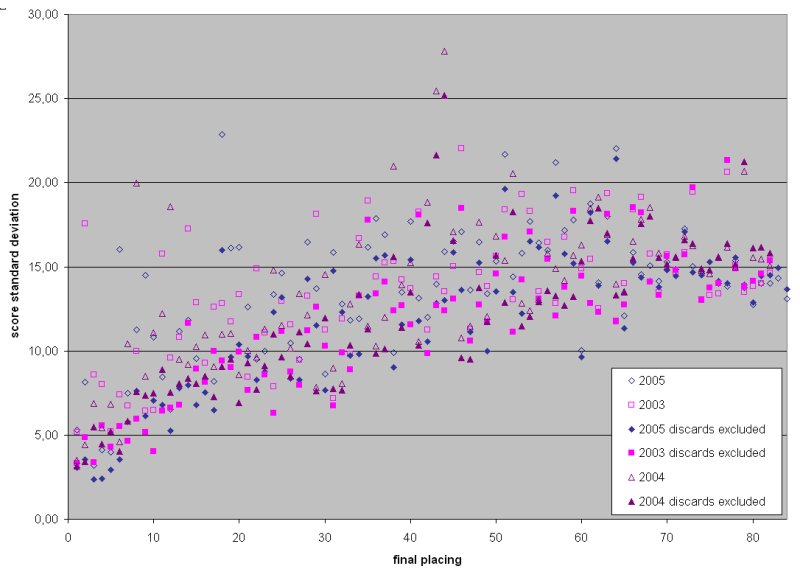 There's been discussion on the IOMICA Forum about simulating radiosailing races in order to study the effects of different heat racing systems. Specifically, it has been suggested that a bigger number of boats should be promoted/relegated from each heat (currently 4, using HMS).

In order for the simulation to be realistic each in-silico skipper's performance should be varied randomly around some mean performance index. To anchor the simulation in reality, I've here taken the results from the last three international events (2003 Vancouver, 2004 Arcos, 2005 Mooloolaba) and calculated the standard deviation of each skippers score during the series.

There's a clear correlation between standard deviation and final placing indicating that the top skippers perform more consistently than others. I also find it interesting that the datasets from different events are broadly speaking identical.

Update: Along these lines, Lester Gilber has worked on an Event Simulator, with perhaps the aim of figuring out the most optimal heat management system.