We've moulded the first aft-deck with the new pot-recess for the roundÂ lid+rim that is going to be the only hatch intoÂ the new boat. 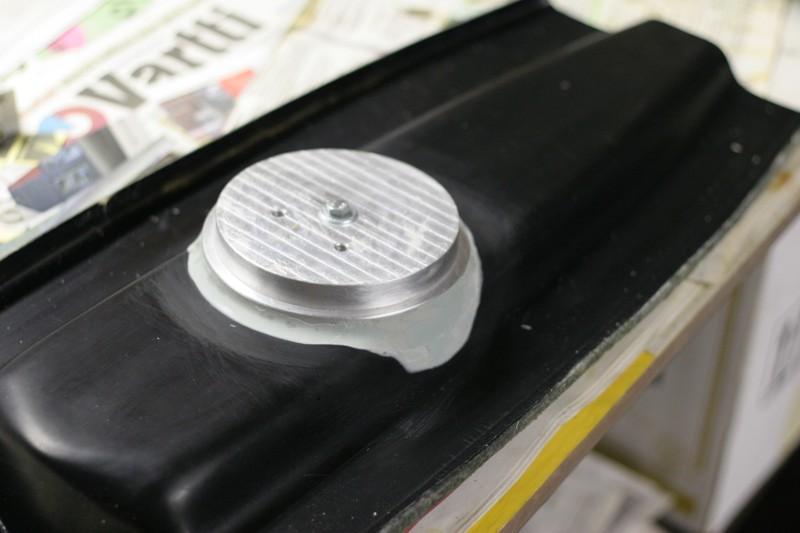 Here's the deck-mould with the two milled recess-cylinders bolted on. The sides are filled and faired with polyester filler and then sanded smooth. We did the moulding in two steps, first to the lower alu-cylinder, then released the whole moulding, and then a second moulding session for the top alu-cylinder. We thought this would make the release process easier, but it still took a fair bit of banging with a rubber-hammer to get the laminate to release, especially from the top alu-cylinder. So the next prototype is probably going to be moulded just with the lower recess and flange, and then the rim of the pot is going to be moulded directly into the deck - that should release easier...
It also seems that the Frekote release agent we are using normally is not very effective on polyester filler (which is a bit porous), so we will try traditional mould wax on the poly-filler parts next time. 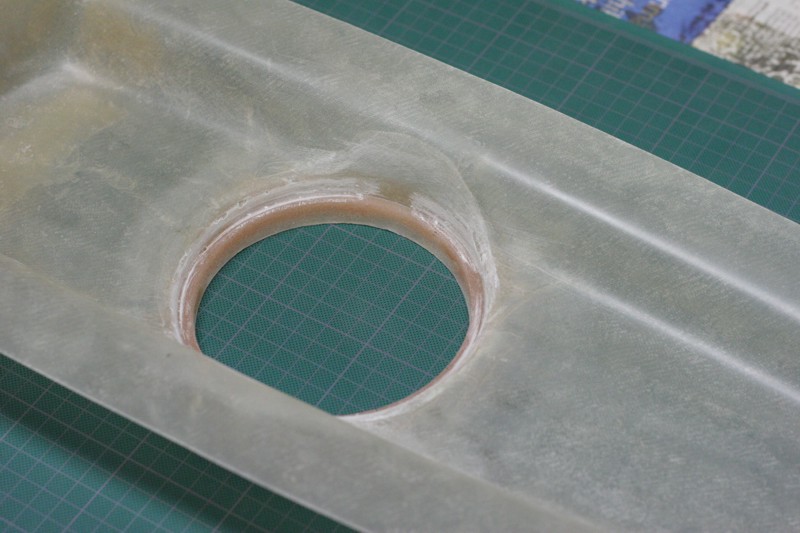 Here's the deck after release, trimming, and sanding. We filled the 90 degree corner of theÂ moulding with epoxy+microfibers(the brown stuff in the pic)Â - glassfibers follow smooth curves easier. The release process was fairly violent (see above!), so bits and pieces of the polyester filler stuck to the laminate, and I've sanded them down a bit here. 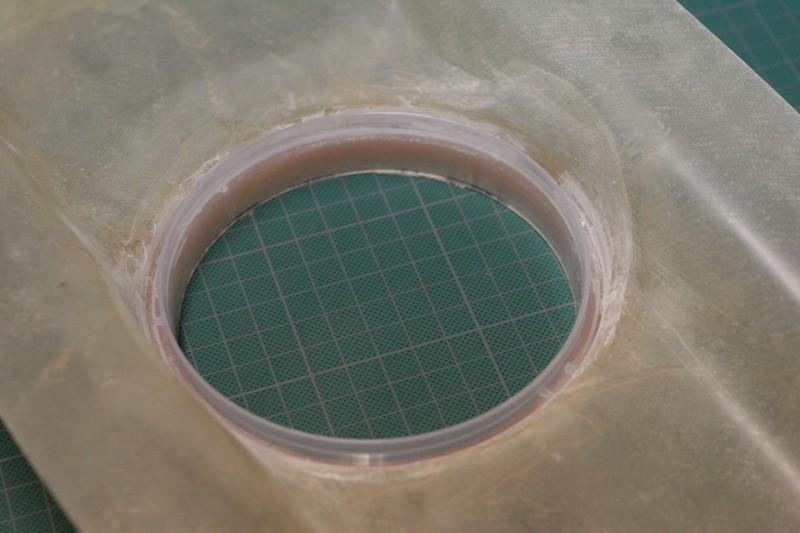 This is how the rim of the pot sits into the recess. The fit is quite tight and the final installation will be secured with silicone or sikaflex + possibly also by M3 screws that will simultaneously hold the radio-installation moulding in place. 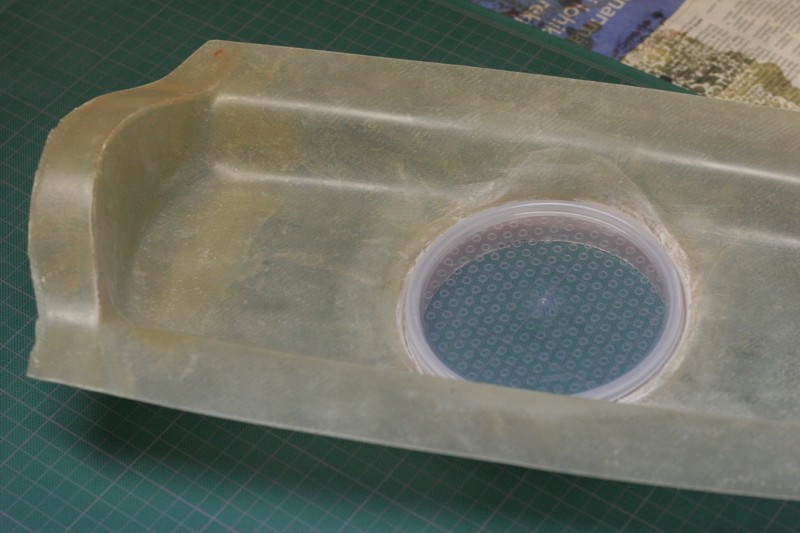 Finally the whole thing with the lid on. The top of the lid is not completely recessed to the level of the aft-deck, it sticks up maybe 2-3 mm, but hopefully that will not be a problem.Â Half of the endless sheeting loop + the attachment points for the main and jib sheets will travel over the lid, but it has rounded corners so I don't foresee any problems. The sides of the lid and the recess actually cut into the sides of the aft-deck less than I thought, this look is not bad at all 🙂

We've moulded some new keel/mastboxes, so soon we will be ready to assemble all the parts into a real boat - stay tuned !