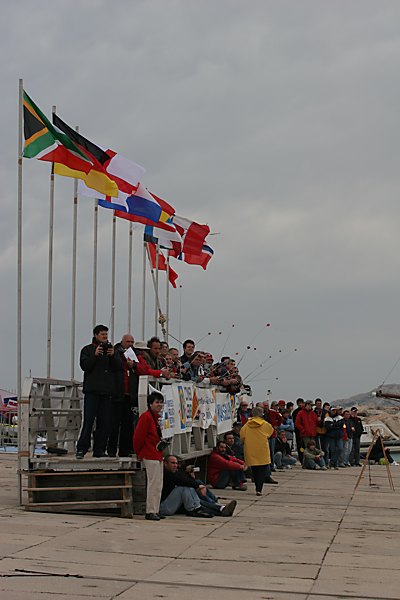 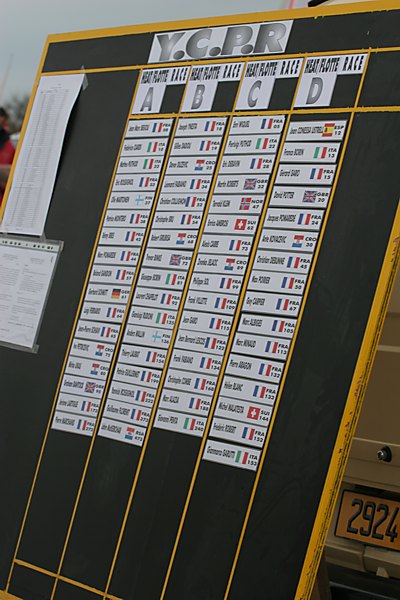 The nice elevated control area, and the heat-board with the randomly drawn seeding races. 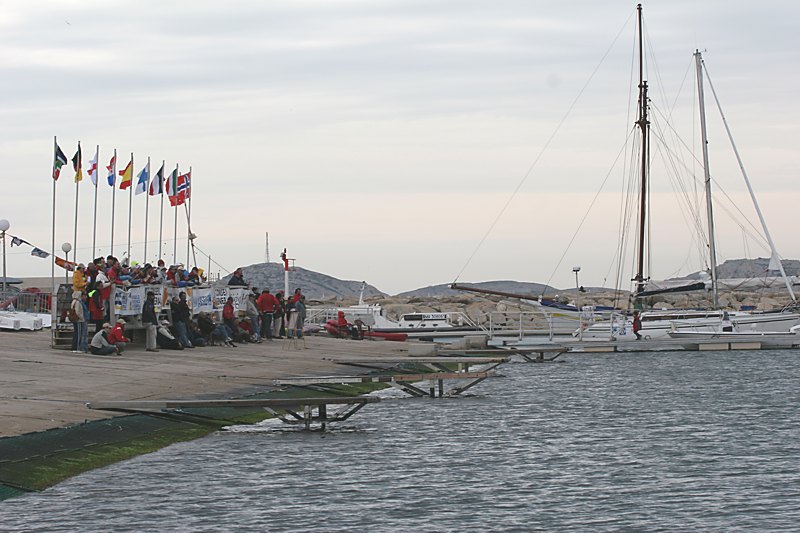 There was maybe 50cm of tide at the site but I could not detect any currents... 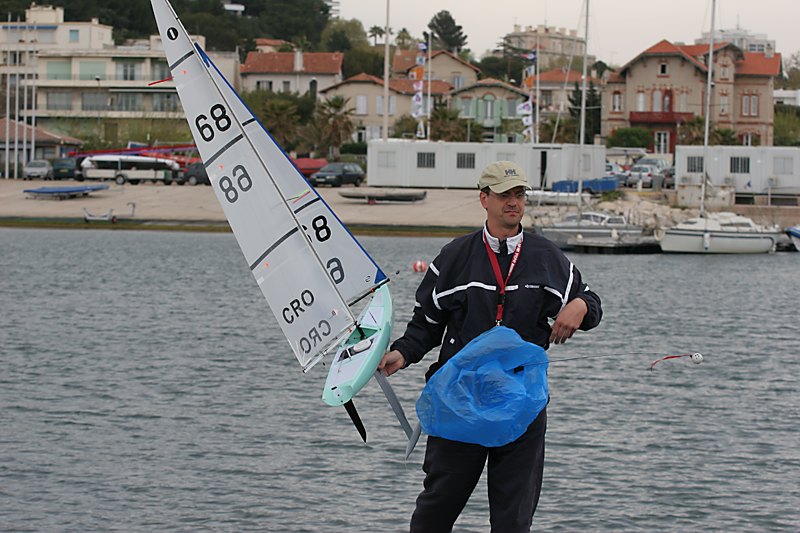 Despite being tangled up with myself in the seeding race, and thus strating the first race in the D-heat, Robert Grubisa "took the elevator" to A and ended up winning race 2. Robert is now moulding the Topiko in Croatia and he told me he has built 7-8 boats already. 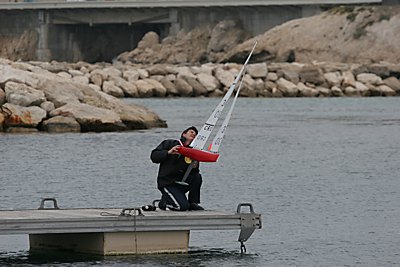 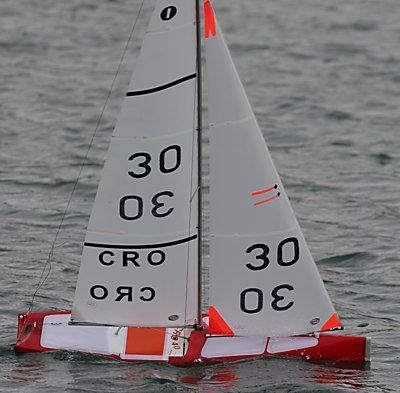 Most of the croatian team had switched to the new design, here Ante Kovacevic with a red Topiko. 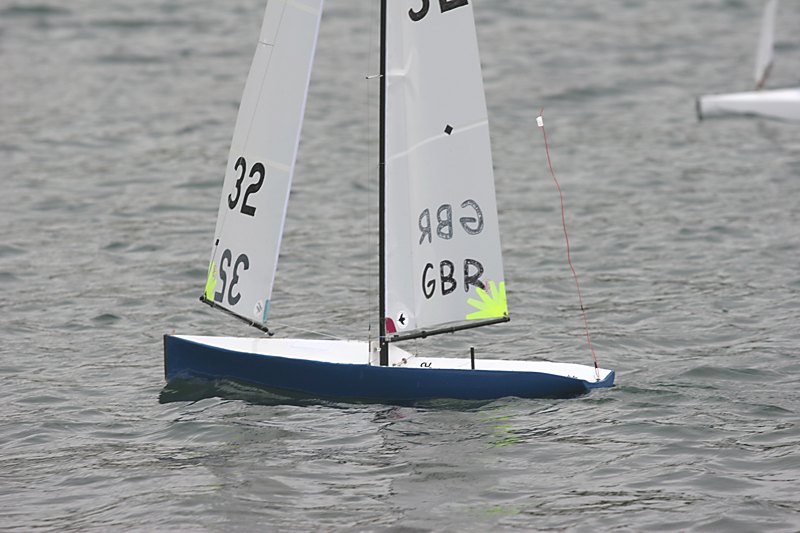 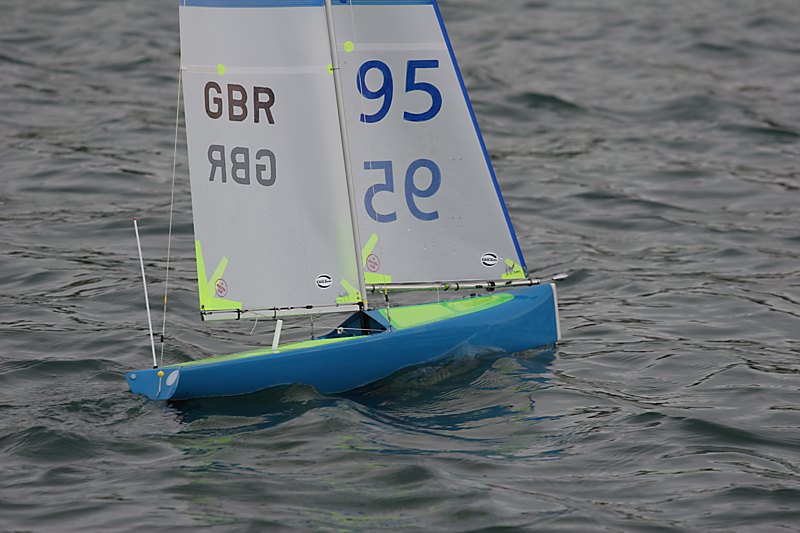 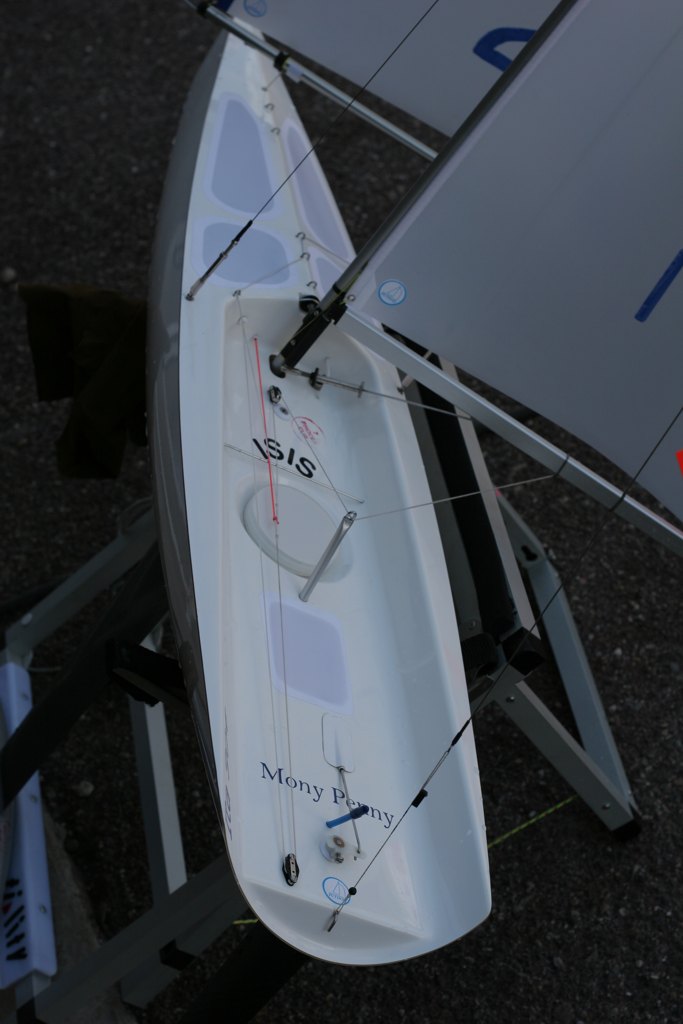 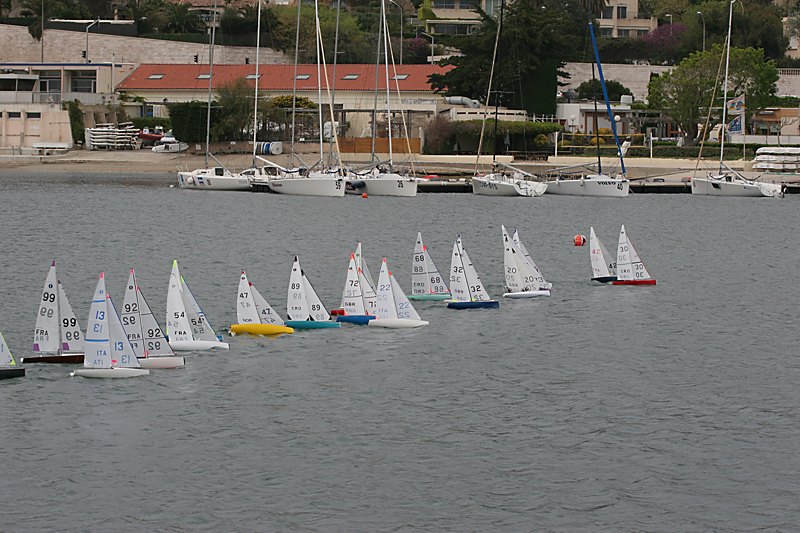 An A-heat start in no2 rig. This was probably towards the end of the first day when a couple of heats sailed with no2 rig. I actually changed down and tuned the no2 rig but racing came to an end before I got to actually sail with it... 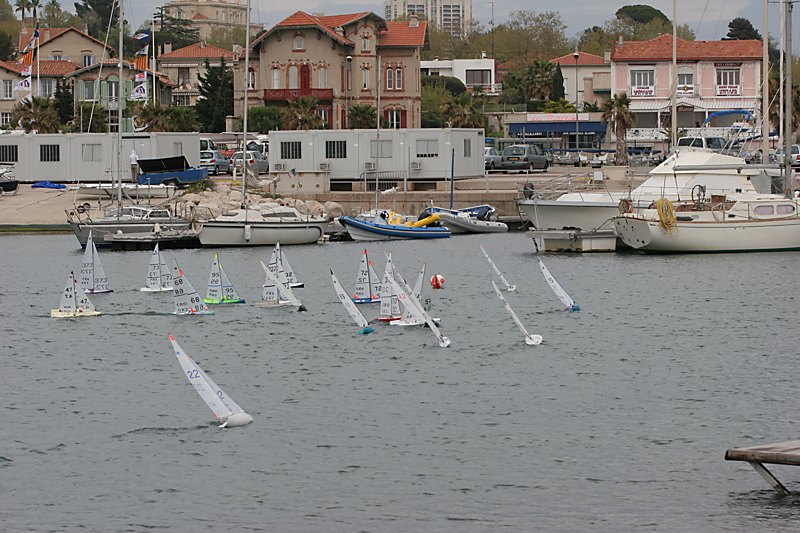 A classic 'straboard tack parade' up to the windward mark is beginning to form. Courses where the fastest way up to the mark is clearly on the left - thus the approach to the mark on port - usually create lot's of close situations at the mark. 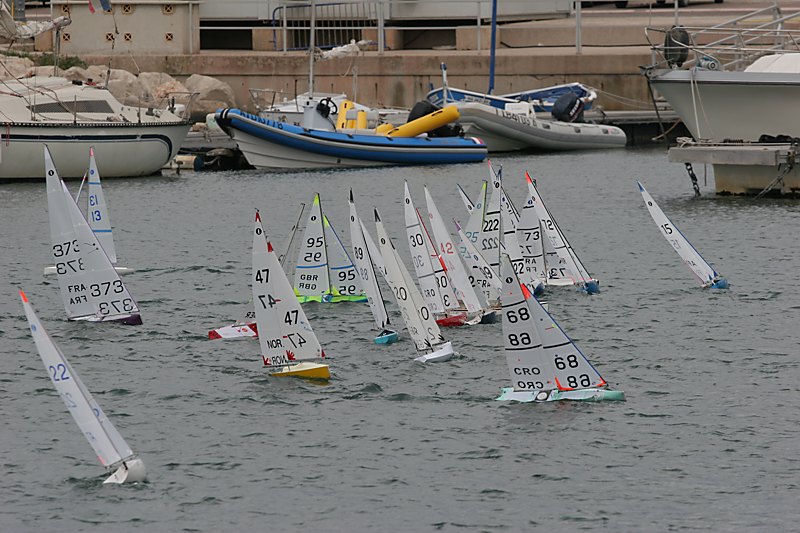 I believe this is the sequel to the above picture. Torvald (NOR 47) clearly plays it safe by ducking the parade. Graham (GBR 95) keeps port tack and tries to find room among the strarboard tackers. 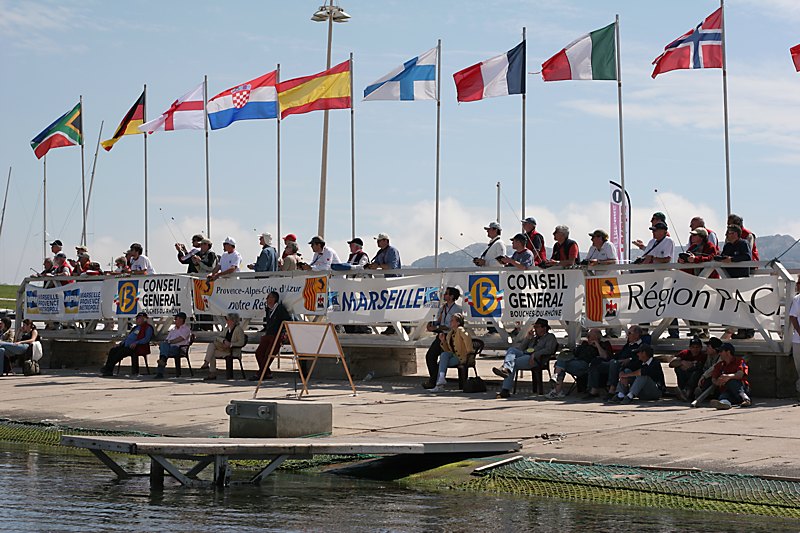 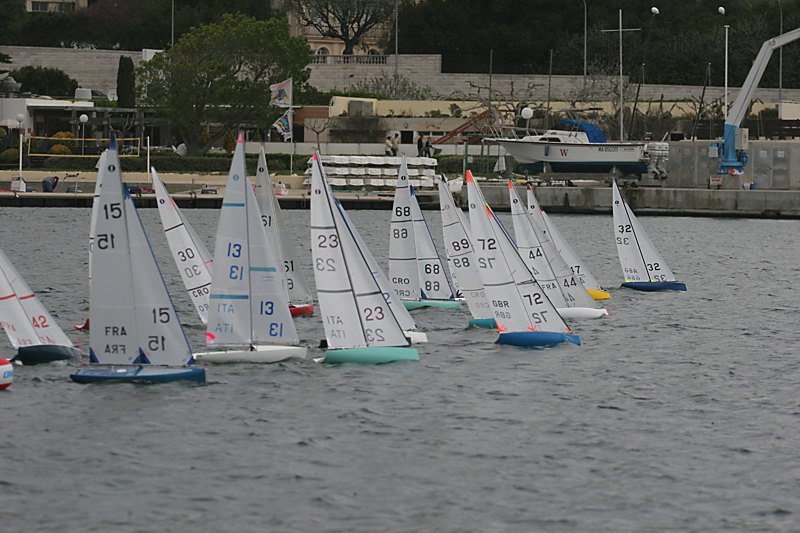 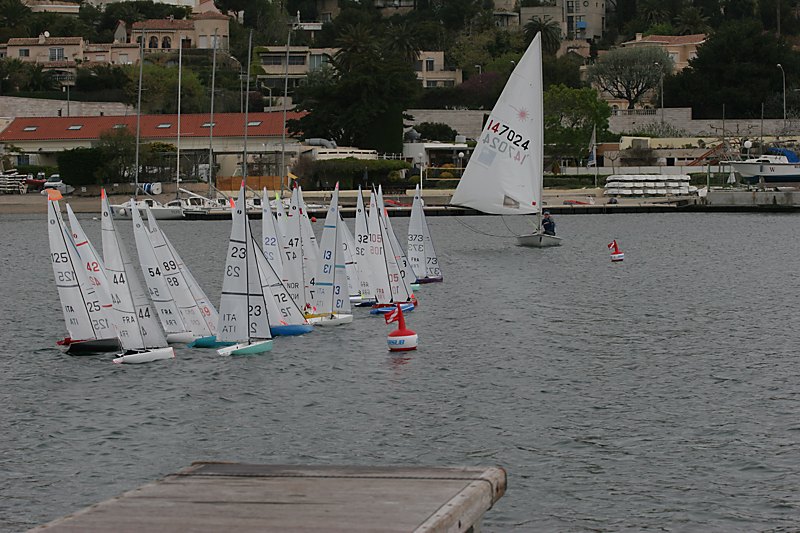 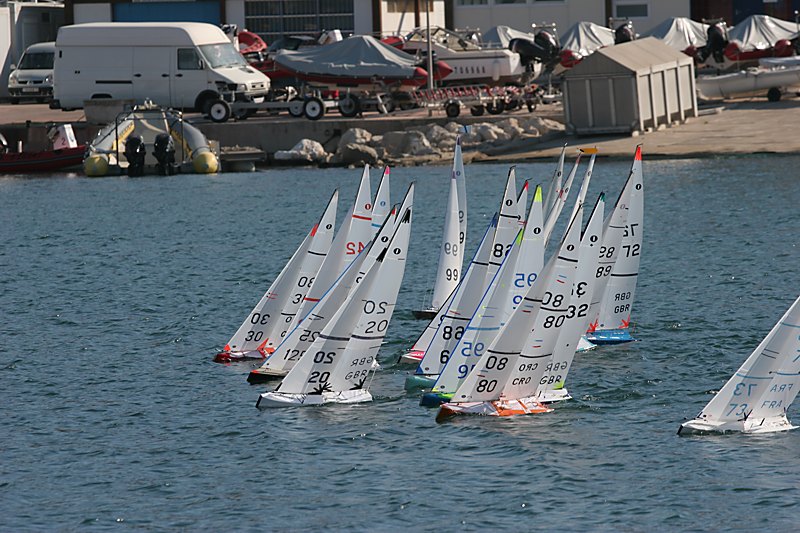 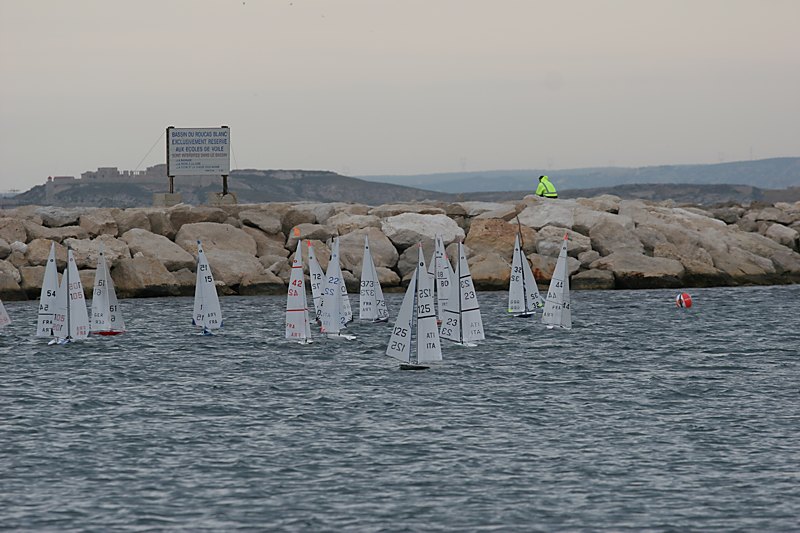 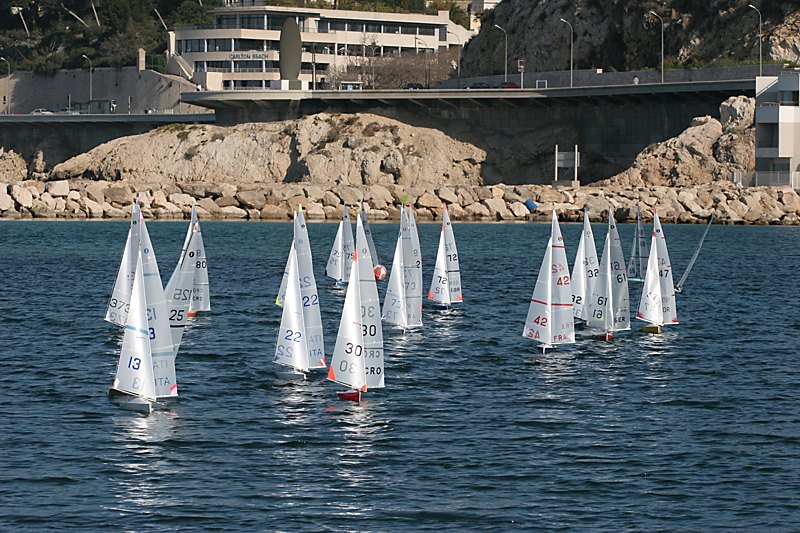 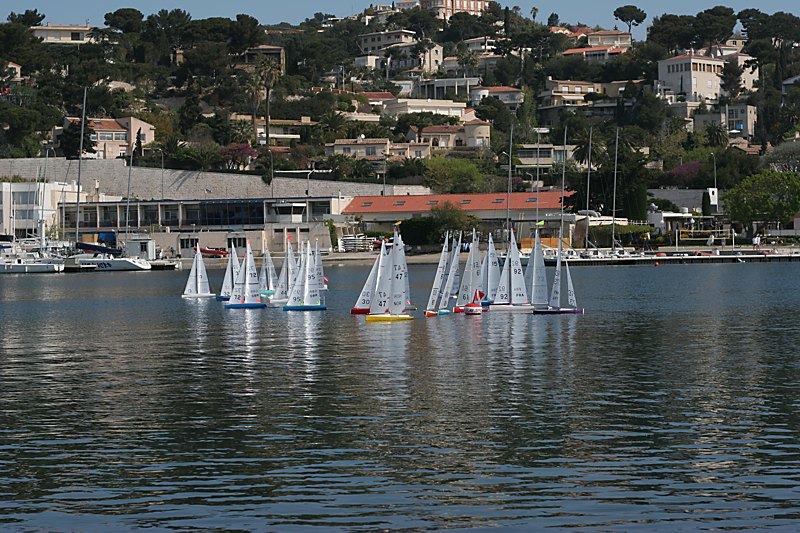 Very little wind on the morning of the last day meant that we had to wait a while before racing began. Then when we started sailing, unfortunately the line was such that the only place to start was at the pin end and hope to tack to starboard asap (to reach the top mark on one tack). 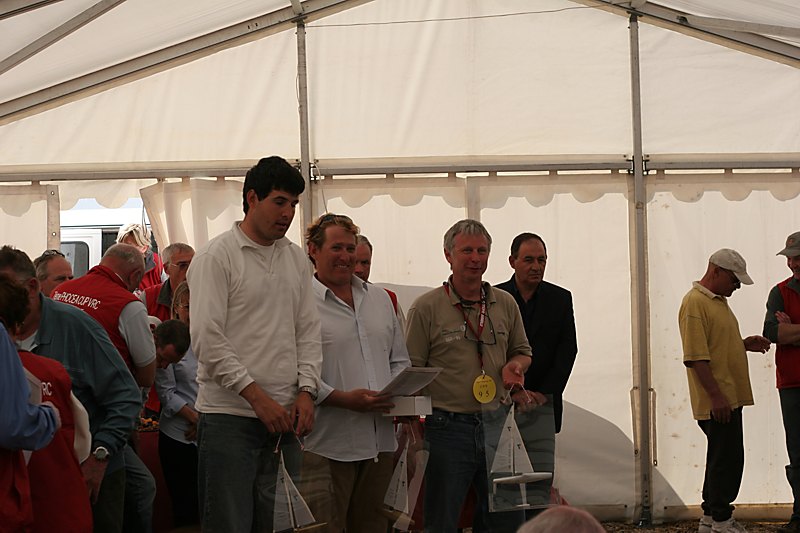 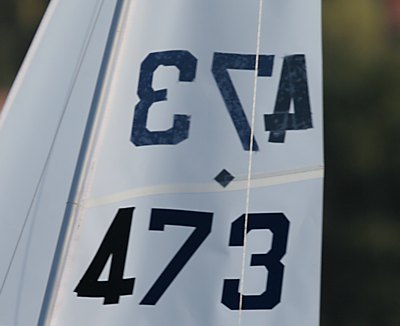 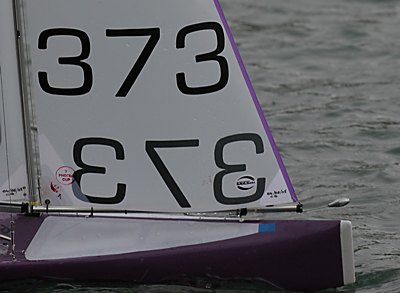 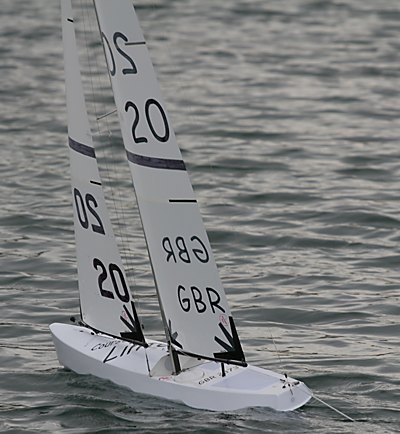 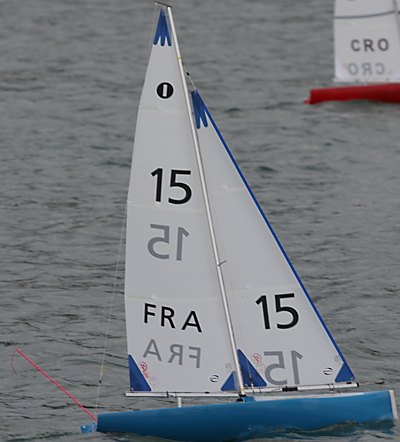 There were a number of boats with very strange sail numbers - if I understand the class rules correctly, a space for the number "1" shall allways be made, and the the race-committee may order something else to be placed in front of the normal two-digit sail number to resolve conflicts. However I doubt if these numbers were really required by the race committee.
What do you think of the LOA of GBR20 and FRA15 ? David P is probably not dragging his antenna in the water on purpose, but FRA 15 seems to have a LOA>1000mm permanently ?

How not to write a Sailing Instruction

The Sailing Instructions (SIs) usually define the timetable of the event, and this time they were written like this:

I, and apparently many others, including the race committee and judges, just assumed that this meant - as it usually does - that the first heat of any race (the D-heat this time) can be started just before 14:30, and then as the following heats are sailed, C, B, A, the requirement is that the final boat in the A-heat must finish before 15:30.

Not so. With the wording above, although 11 races were completed and the final boat of the A-heat finished well before 15:30, someone (who??) lodged a protest because the final A-heat had been started later than 14:30 (I think around 14:45). The problem apprantly is that the above says that 'no warning signal shall be give after 14:30'. This is interpreted as meaning no warning signal for any heat.The protest was accepted and race 11 abandoned, thus only 10 races in the final results.

Monkey Business ! (considering 66 skippers had made the trip to marseille(presumably to sail - not just watch the sea), and the RC and Judges were fully OK with the last B and A heats sailing...)

The correct wording for this part of the sailing instructions can easily be found on either the RSD or the IOMICA websites. Something like this should do it (from the IOMCIA SSIs):