Last itärastit event for this spring. See you again in August.

#2 found the correct ditch but passed close by the flag before turning around to find it. +2 min.

#9 ran too far along the road and passed close to #4 before turning towards the control.

#15 nothing much wrong but still a bad split. straighter through the green apparently is faster. 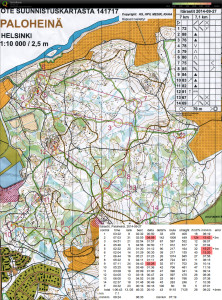 Then I ran past #5, just didn't look in the right direction at the right moment. Maybe +1 minutes here.

Out of #8, should have avoided the green dashed slow area by rounding it clearly north or south - very slow going until I reached the road. Another minute lost there probably.

Overall an easy course with emphasis on running - as long as clear and good route choices could be made... 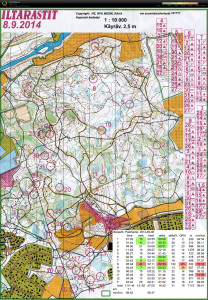 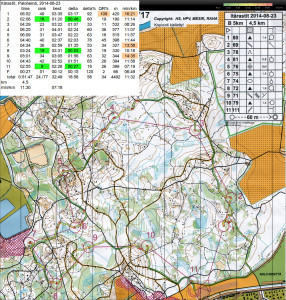 #1 conservative route along road/path, too long.
Perhaps #4 is also too safe?
#6 should have cut in from the road towards the control circle sooner.
#9 has a strange and unnecessary U-bend (to avoid the slow green stripes?) 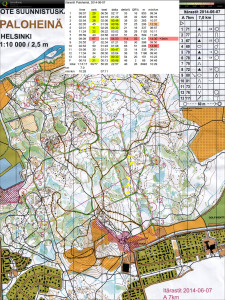 Maybe one more orienteering practice before Jukola next weekend!

Mostly jogging all the way, and no major mistakes.
out of 11 could have maybe gone straighter.
not sure why the split for 8 is so bad/slow...
the blue area close to 28 was very wet - should have anticipated this and approached from the left, not straight. 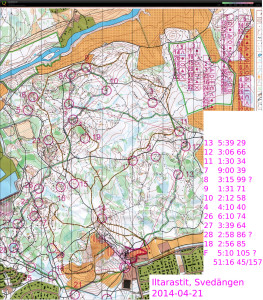 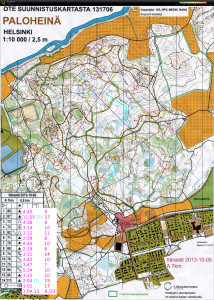 Mostly running along paths and roads.
#2 should have chosen the smaller path and a straighter route.
#9 a wrong turn left just at the edge of the control-circle. Should have been easy on compass bearing from the grey cliff.
#13-#14 not great splits, but not that much time lost either. 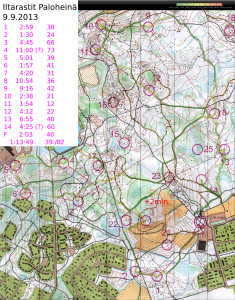 This is the last Monday event for this year. A few more weeks of the season remain, but the events move to Sunday in search of more daylight.

They are building a new car-tunnel at paloheinä, so a few places were turned upside down (not shown on the map..).

Fast running on most legs, but I made a complete mess out of two controls!

Very straightforward running along roads and paths. Still some snow on the ground which makes direct routes or cutting corners through the woods slow. 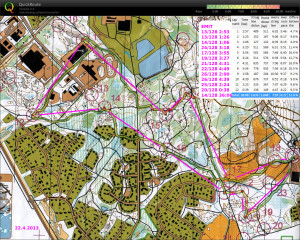