Night orienteering! Always a bit harder to see the surroundings and easier to make mistakes. 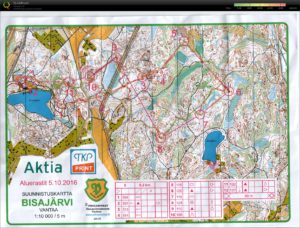 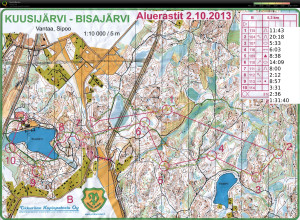 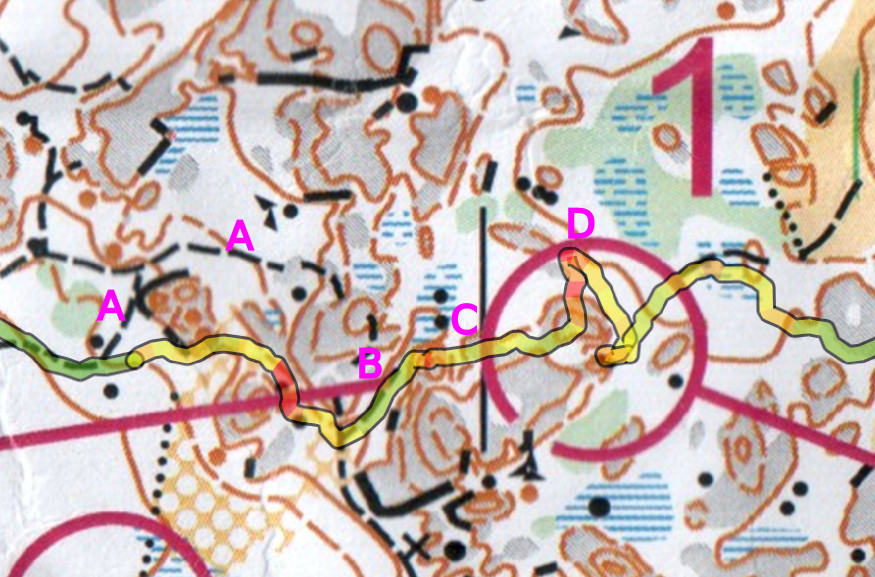 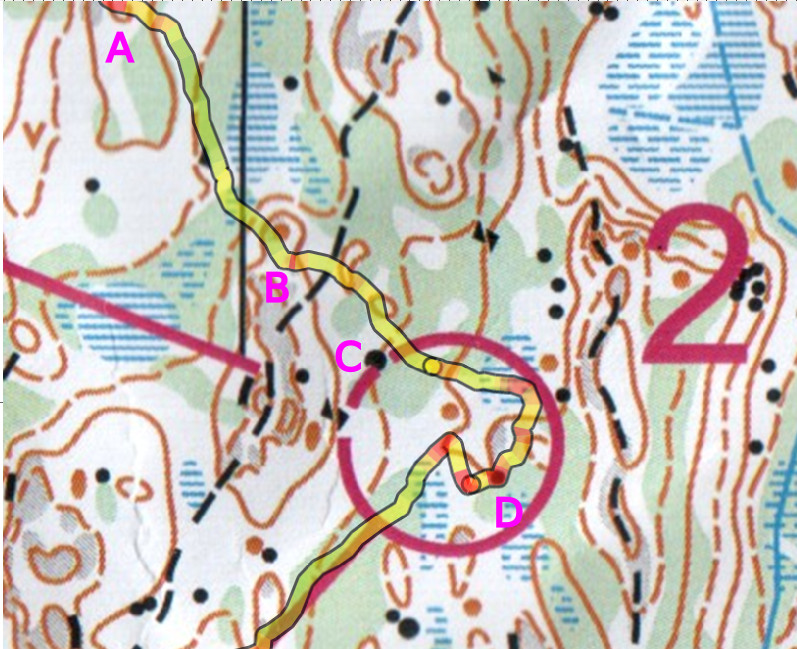 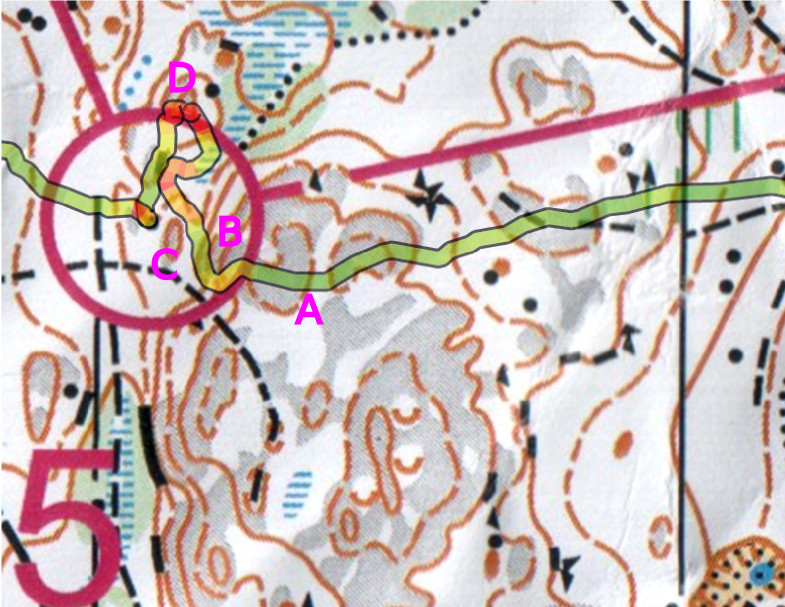 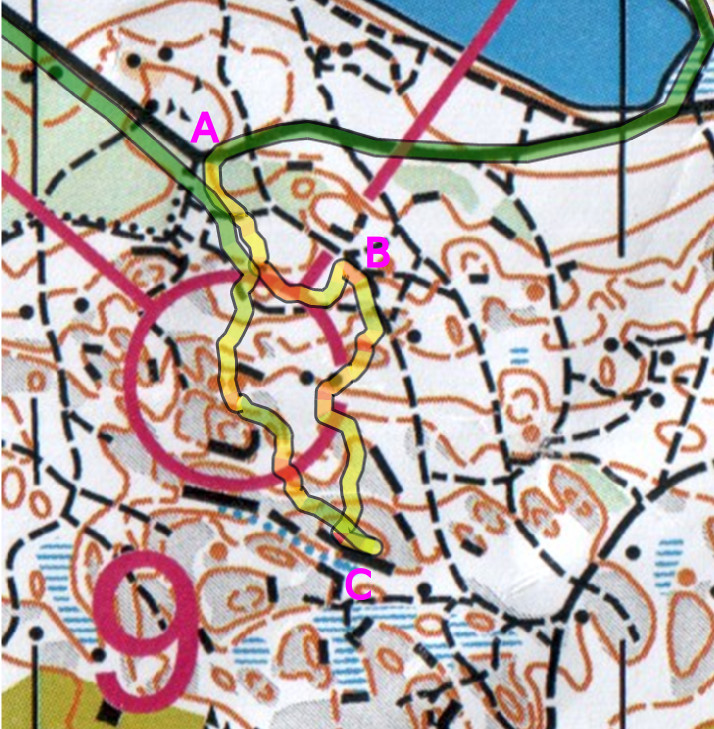 A lot of slow thicket areas and a map which I found difficult to read. Many paths that were visible in terrain were not on the map - while the ones drawn on the map were overgrown and hard to find. A similar story with large stones where I thought many were missing from the map. 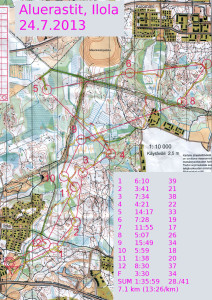 An interesting course with controls #1-#9 in a very detailed area, then a few longer legs to #12 where the course criss-crossed over the swamp a few times before heading back south to the finish.

No major mistakes just minor ones: after #3 did not clearly identify the path, and took a wrong direction down the hill to find #4. Then on the #10-#11 leg I did not want to cross the deep "trenches" on these cliffs, so I back-tracked to avoid the trench (dark brown line on the map). 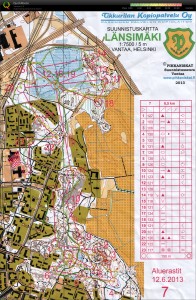 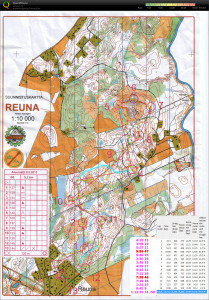 #4 veered off course and came close to #9. Should have taken the route shown as the blue line.
#5 too high up the hill close to the control
#12 running along the highest point of the hill would probably have been better

1.5.2013 Myrbacka. Overall very good orienteering on a fairly easy course.
#3 lost a few seconds looking for the control at a big stone when in fact it was a hill
#9 should have found a quicker/better route on top of the hill at #5
#11 slow out of #10 since I did not find the path immediately 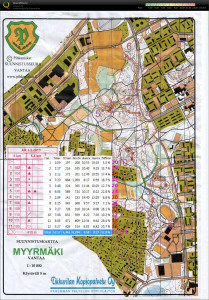 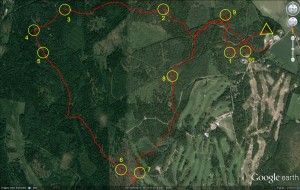 3k sprint course. The sprint map is 1:5000 scale which caused some confusion directly at the start on #1. Then mostly OK until #14 which I searched for a bit. Total time 32 minutes so getting close to a reasonable pace of 10min/course-km. 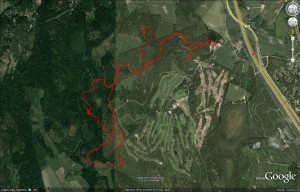