Update: here is the plate. Let's hope it is accurate enough (it is not face-milled on the underside...) 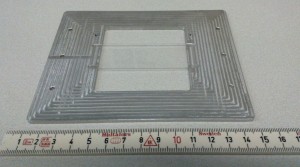 A plate for holding 76 mm x 26 mm glass slides in the microscope. My first ever 'real' drawing with LibreCAD (that website has been down for two days now, so try also librecad on sourceforge). 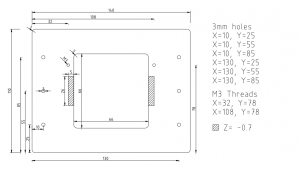 Here a DNA-molecule is being stretched between two optically trapped polystyrene micron-sized beads. We're using an FPGA-based real-time controller for steering the upper trap. It's programmed with a PI-loop which aims to keep the force acting on the lower bead constant. Around 10s into the video we switch on the feedback-loop and we see the actual force on the bead rise to the set-point.

Life is simple at Reynolds numbers much below 0.1 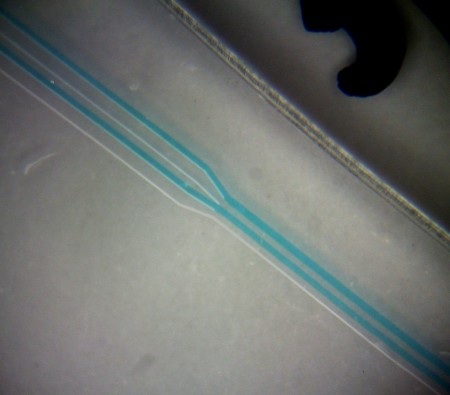 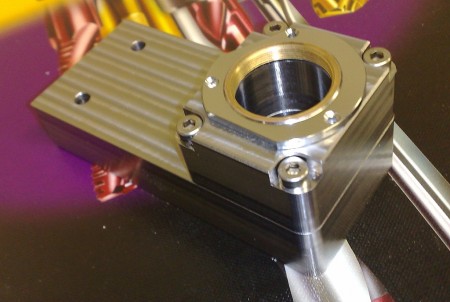 I'm fitting some more equipment around a Nikon TE-2000 microscope, and the stock objective turret is in the way. Machined this objective holder in steel yesterday.