25k in 2h 40min (avg pace 6:25/km) with avg HR 139. This is about the longest training run I will do in preparation for a marathon - I think. Some training programs advocate increasing the long-run distance up to 30k and above, but many others claim the risk of injury or overtraining increases dramatically when doing 3+ hour training runs and thus they are not worth the risk. 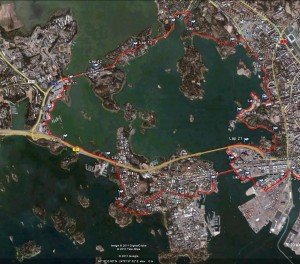 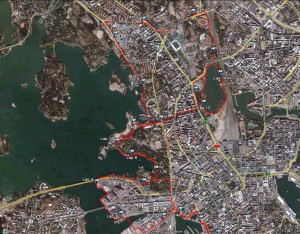 19k long slow run around lauttasaari on Saturday. Since the shoreline of an island is supposed to have a fractal dimension greater than one, it's possible to lengthen the run by following the shoreline more closely. Here the lap around the island is about 16-3 = 13km.

Between 6-7km and slightly after 7km it's probably possible to run on the cliffs and in the woods to get a bit more distance. I'm not sure about the area around 10km, seems private with no path around the shoreline. At 12km and slightly after 14km I don't think there's a shoreline-path either. 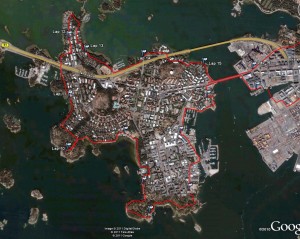 Rounded off a busy week with an organized 40k walk: kesäyön marssi. Walking is obviously not as stressful on the legs and fitness as running, but the script on a 40k walk is pretty much the same: if you are reasonably prepared you will make it until around 25k or 32k without much trouble, and after that it requires some work and determination to finish those last kilometers. 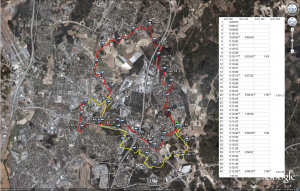 LSD - long slow distance. It's good for you. 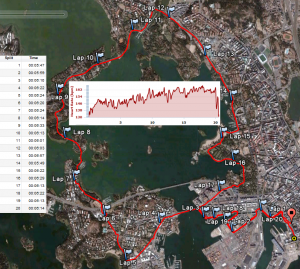 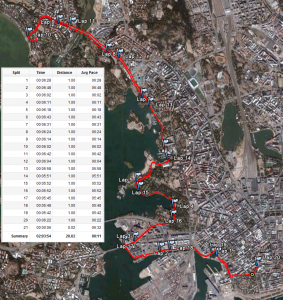 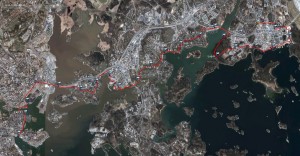 The plan was to run slower and longer, but all those hills in the first (and last) 7k which cause the HR-curve to jump up and down made me turn around at 10k. 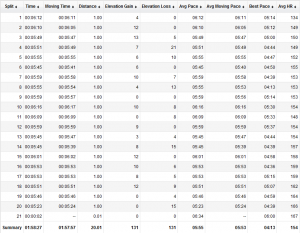 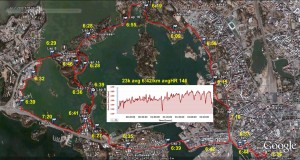