Although we have a general idea of how low Reynolds number foils, bulbs, and rudders should look like, we thought it would be fun to do some Colorful Fluid Dynamics to test different airfoils and configurations. It's likely that we will pick a well-known airfoil for the first set of foils and bulb for the Pikanto project, but if anything comes out of this computational analysis then cnc-machining new moulds is not a problem.

There are a lot of CFD software packages out there, some expensive and some hugely expensive. The most well known open-source alternative seems to be OpenFOAM. It's not as easy to use as the fancy commercial ones, but it's well supported by both academic and industrial users, and it's free! Some installation notes, mostly for myself, on how I installed Ubuntu 8.10 and OpenFOAM 1.5.

Try running the tutorial cases in e.g. ~/OpenFOAM/OpenFOAM-1.5/tutorials/icoFoam/cavity. This tutorial is explained in the docs here. Everything is set up already, so you only have to run blockMesh to generate the mesh, then icoFoam to do the actual calculation, and then visualize with paraFoam. 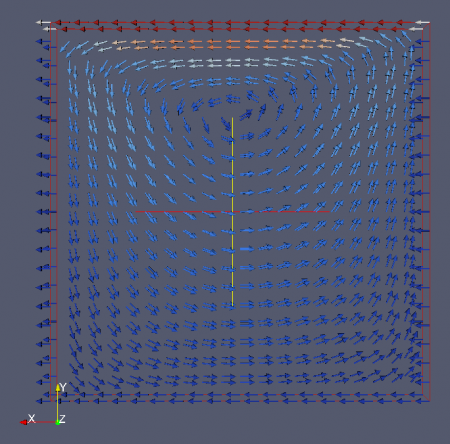