The first Nordic IOM Championships were held in the small town of RisÃ¶r, ca a 2 h drive southwest from Oslo, Norway, during the weekend of 21-22 August 2004. 25 boats(3 FIN, 2 DEN and 20 NOR) in two heats using HMS completed 13 races during two days. The wind was variable in strength and very shifty on both days. Mostly no1 rig with the no2 rigs being used for a couple of races on Saturday. 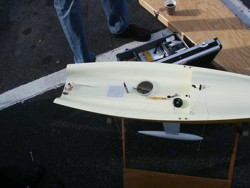 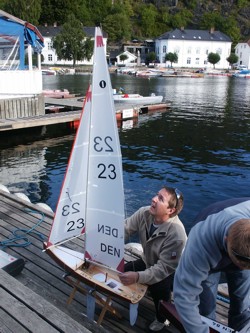 SÃ¶ren Andresen with his homebuilt and designed wooden boat. 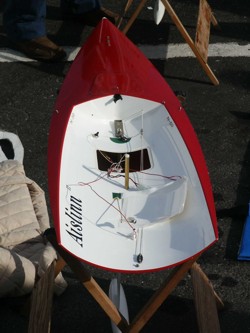 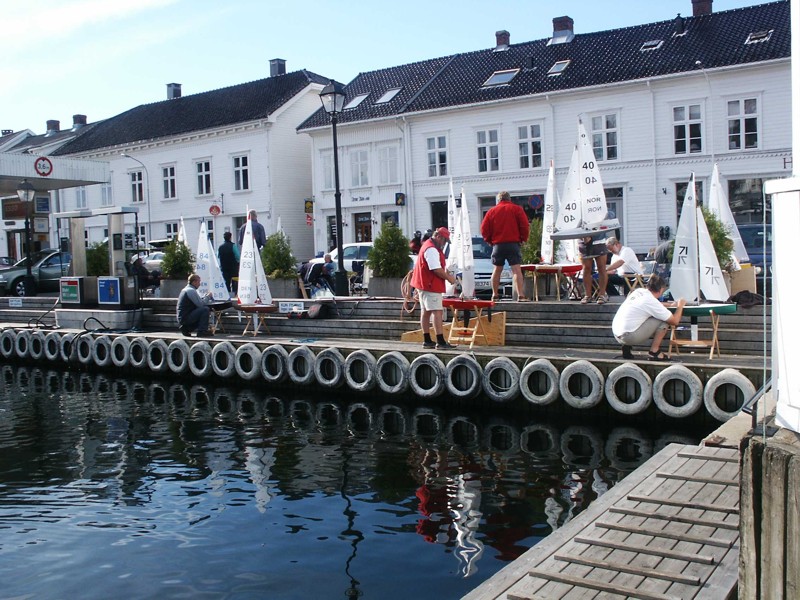 Torvald Klem(NOR, Cockatoo) was (again!, he has won numerous Marblehead Nordic Championships) the most consistent collecting only 1.-4. places during the whole regatta. SÃ¶ren Andresen (DEN, own wooden design), Gunnar Karlsen (NOR, TS-2) and Anders Wallin (FIN, Cockatoo) had a very close fight for the following places with only one point separating the trio at midday sunday. In the end SÃ¶ren was second, Gunnar third, and I managed fourth... 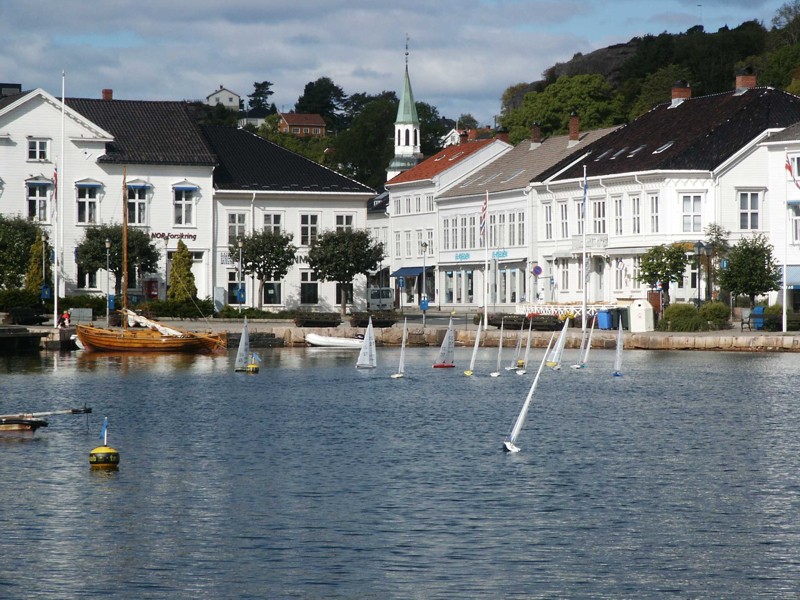 The organizers had several alternative venues but we ended up sailing in the very heart of the city in the small-boat harbor. The wind was fairly unpredictable as it came round and over high mountains and buildings.