Race 4 was completed today, and we sailed three more races in sunny, light, and shifty/gusting no1 rig weather. 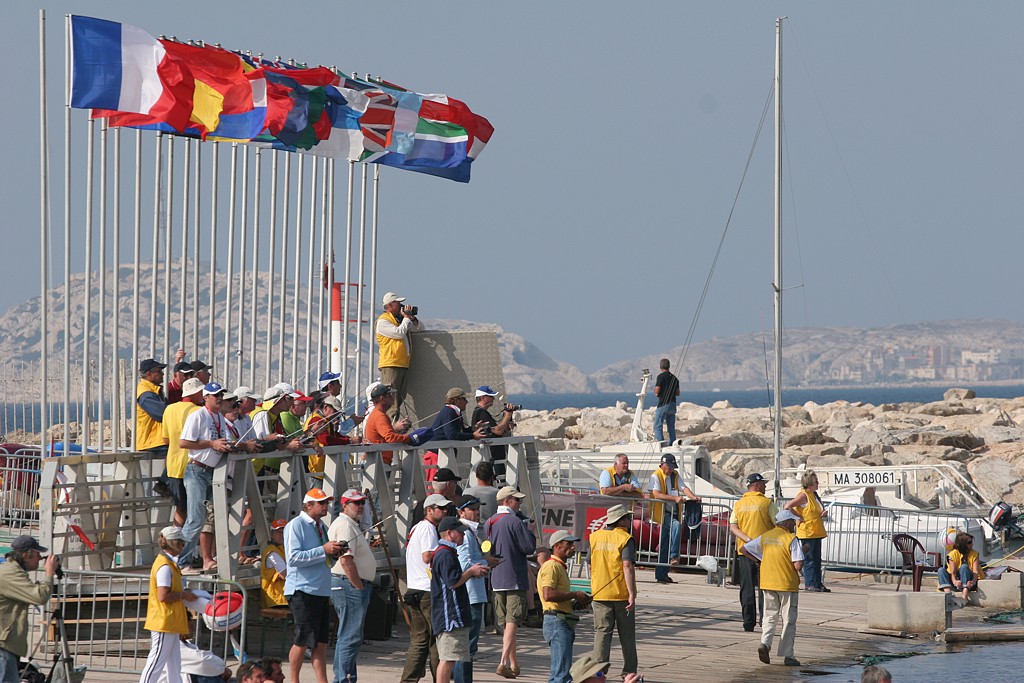 0928 race 4C is done. I make a good start and round ca 4th, but the first reach doesn't go too well. I try to protect the inside, but that means the windward boats are stealing my wind...

0953 4B has a one general recall and one abandoned race.

1218 5C is done. I make a bad start and collide with a boat on the first beat. Very skewed start line.

A protest hearing follows, while everyone seems to be having lunch. 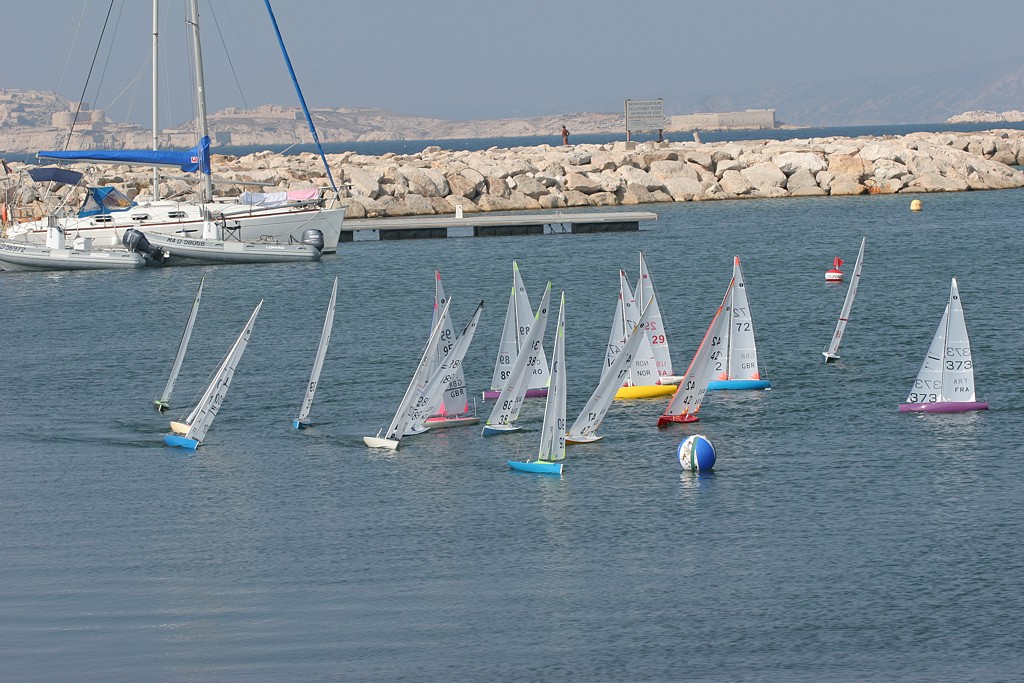 A skewed start line and first mark made for some interesting tactics for the first beat. Here it's possible to lay the top mark(blue/white) on starboard from the starboard end of the line(red/white in the background). Making a safe start further down the line meant you were coming in on port against a wall of starboard tackers...

1426 6C is done. I start in free wind, which means not at the 'hot-spot' near the starboard flag. But that carries me too far left on the first beat and there's no way back on port while facing a row of starboard tackers. Also I make contact with two marks which means two penalty turns - not a very fast way to sail... 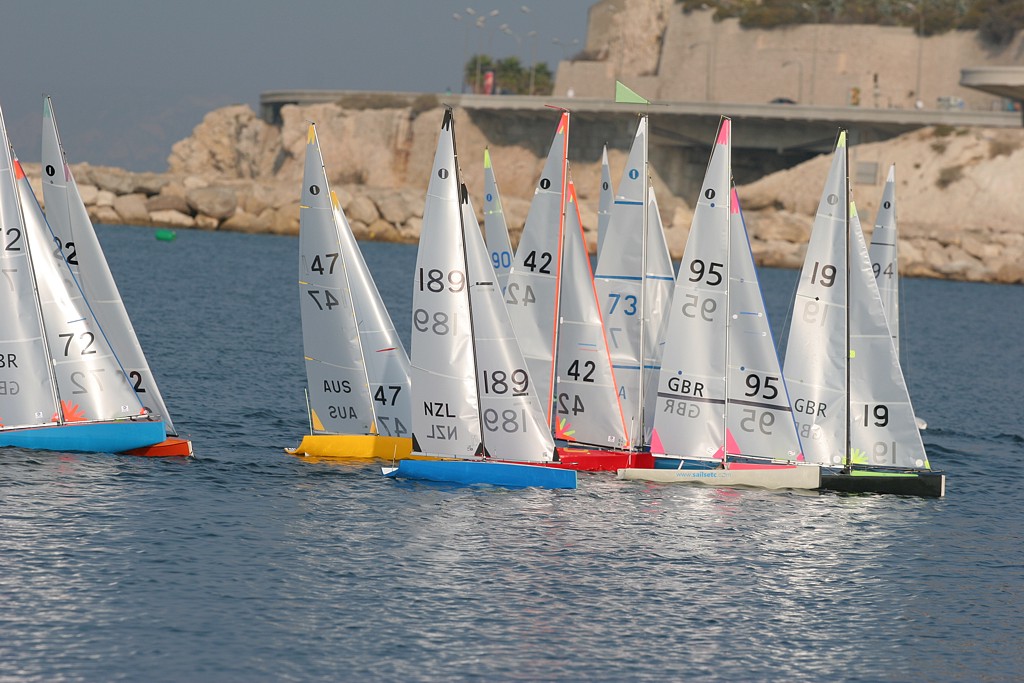 A crowded first-mark rounding by the A-heat. One- or two-tack first beats and a set of twenty closely matched skippers lead to this. To improve racing I think we need bigger courses that create more separation before the first mark. Compare this picture to the sequence of pictures of the same phenomenon from Mooloolaba (.mov QuickTime format)

1512 there is a protest hearing

1700 7D is done. I make a bad start and sail a bad offwind leg. Maybe I need to rake the mast more forward for tomorrow, since I seem to be consistently loosing on the reaches and runs.

there is a protest hearing 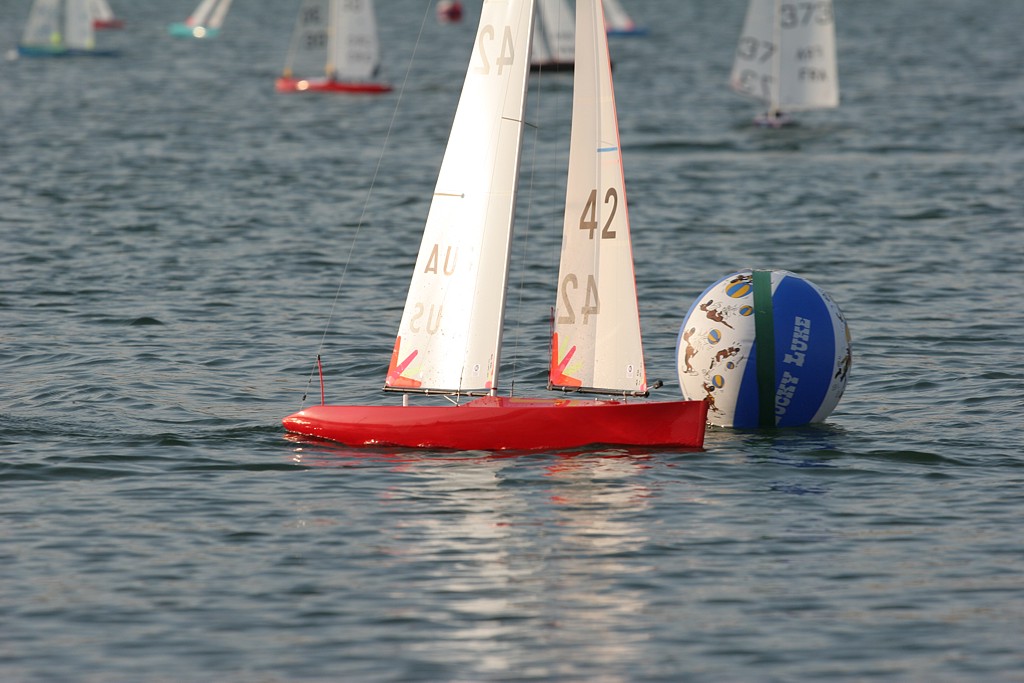 results after 7 races are here.

One thought on “Racing Day 2”