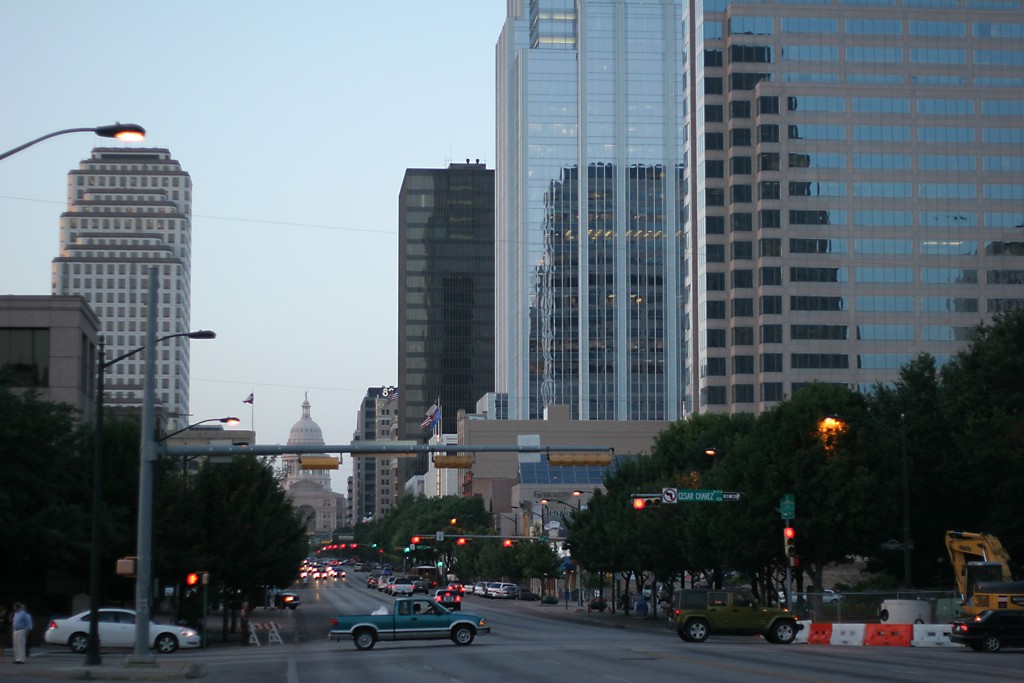 I spent four days in , at NIWeek. On the plane down from I met some friendly locals who made a (long!) list of things for me to do and see. With the conference taking up most time, and the hot weather, which made walking around town a warm experience, I only managed three things on the list: The Texas State Capitol, the , and the bats (oh, and Amy's ice cream at the airport!). 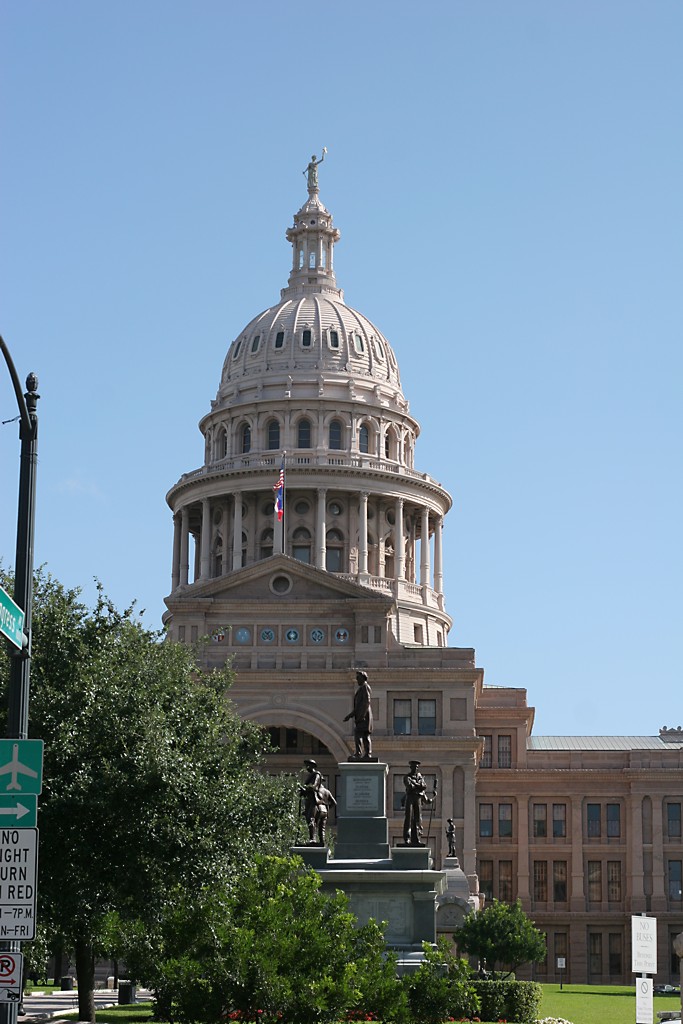 The Texas State Capitol building is - as any Texan will quickly point out to you - slightly taller than the US Capitol in . 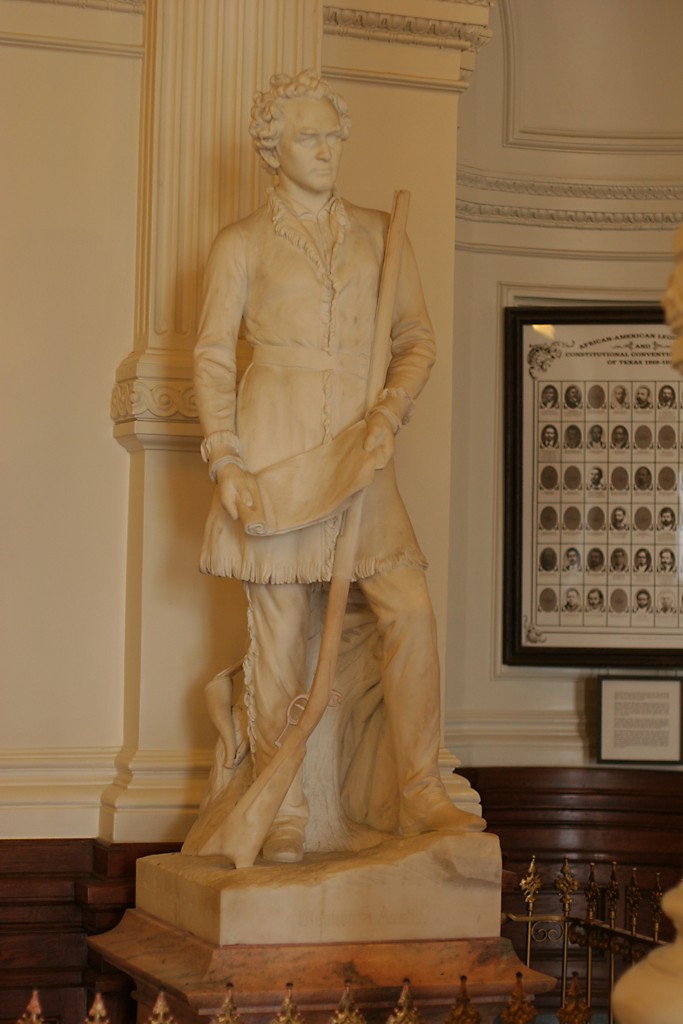 Inside you are greeted by two of the fathers of : Sam Houston and Stephen F Austin (above). The excellent free tour gives an insight into the history of Texas, a state which has been under Mexican, Spanish, and French rule, a republic of its own, and finally from 1845 a part of the USA. 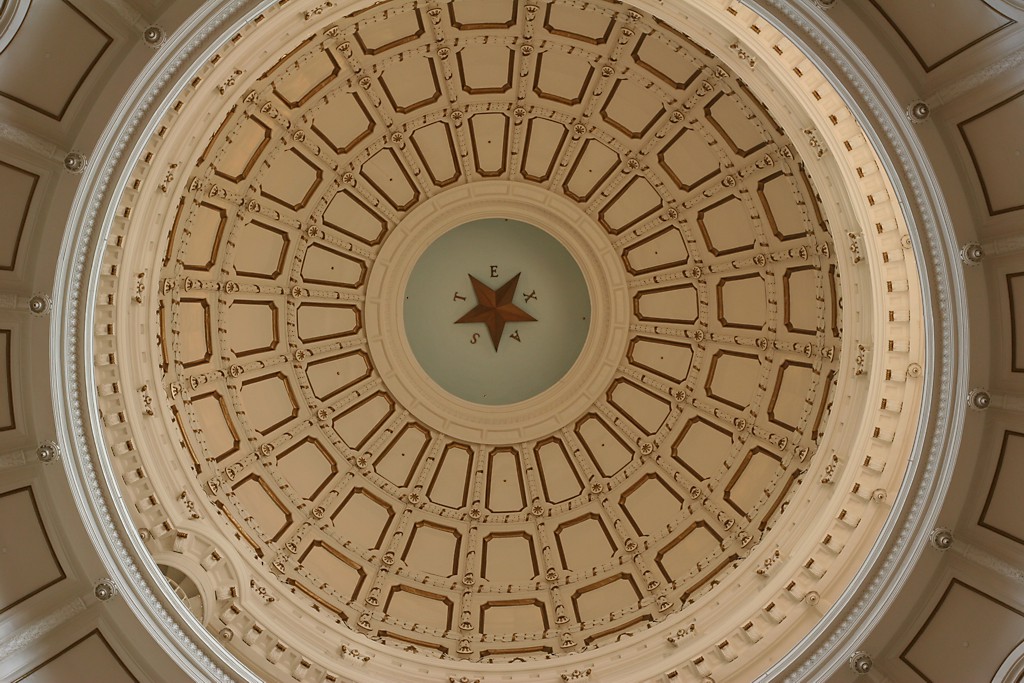 The Lone Star of Texas inside the Capitol dome.

A machine used to punch holes in checks. 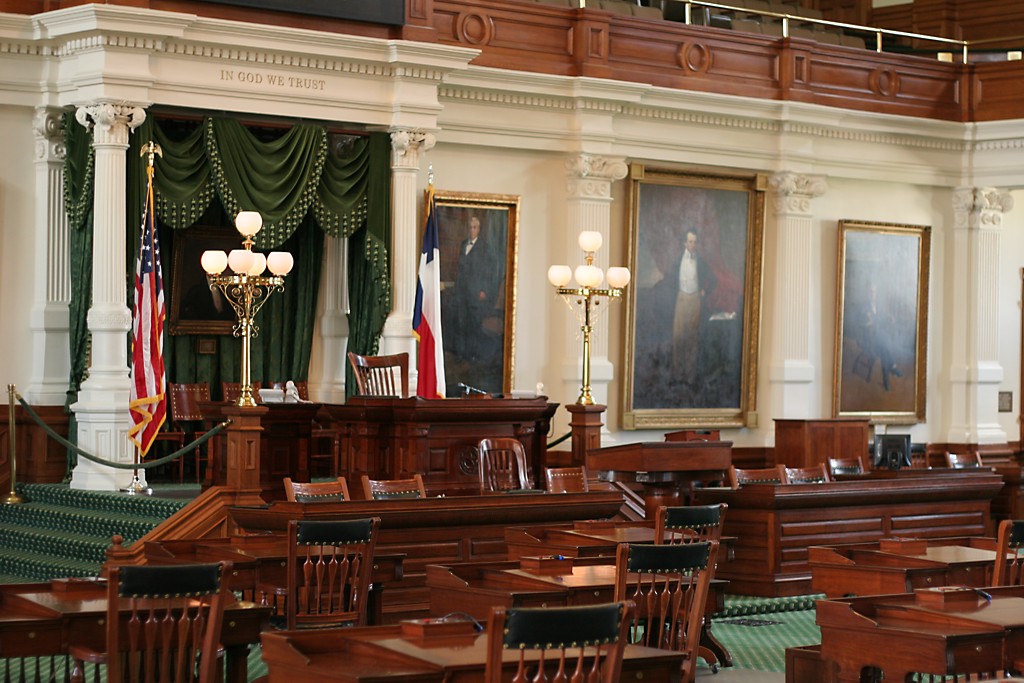 The senate meets in this room, recently restored to its original look. They're pretty effective at law-making, since they only meet for 140 days every two years. 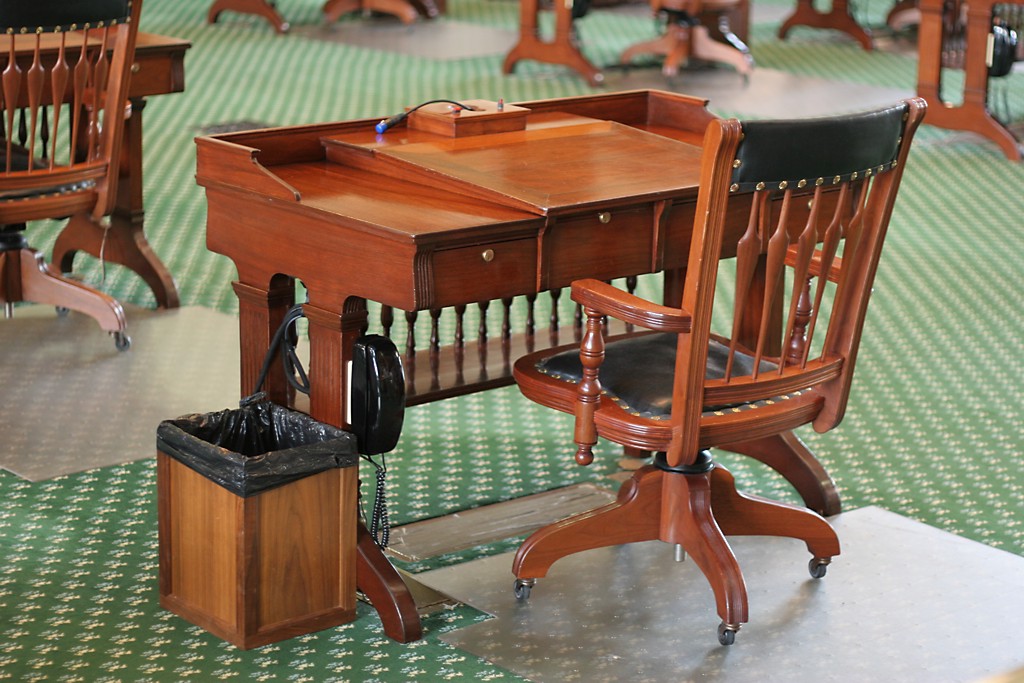 The Texas State Museum does not allow photography, so no pics from there. They have three floors of exhibits with the varied and interesting history of Texas. They also had a temporary space exhibition with some big rocket engines on display in addition to text, pictures and videos from NASA missions. 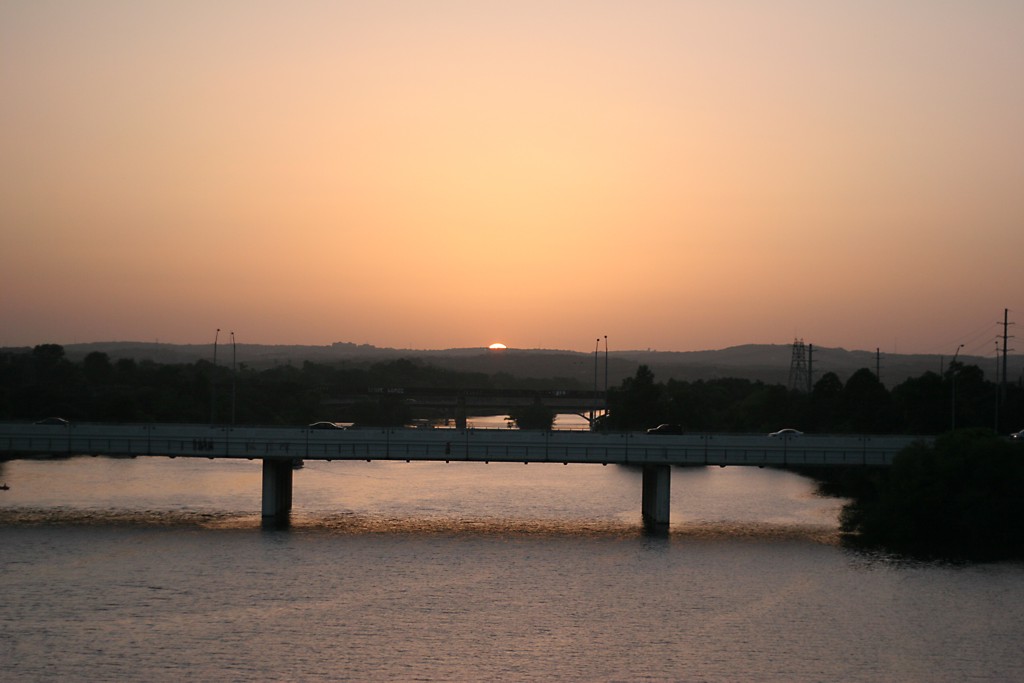 Then on to the bats! They live under the Congress avenue bridge, and come out just after sunset. Above sunset over town lake as viewed from the bridge. 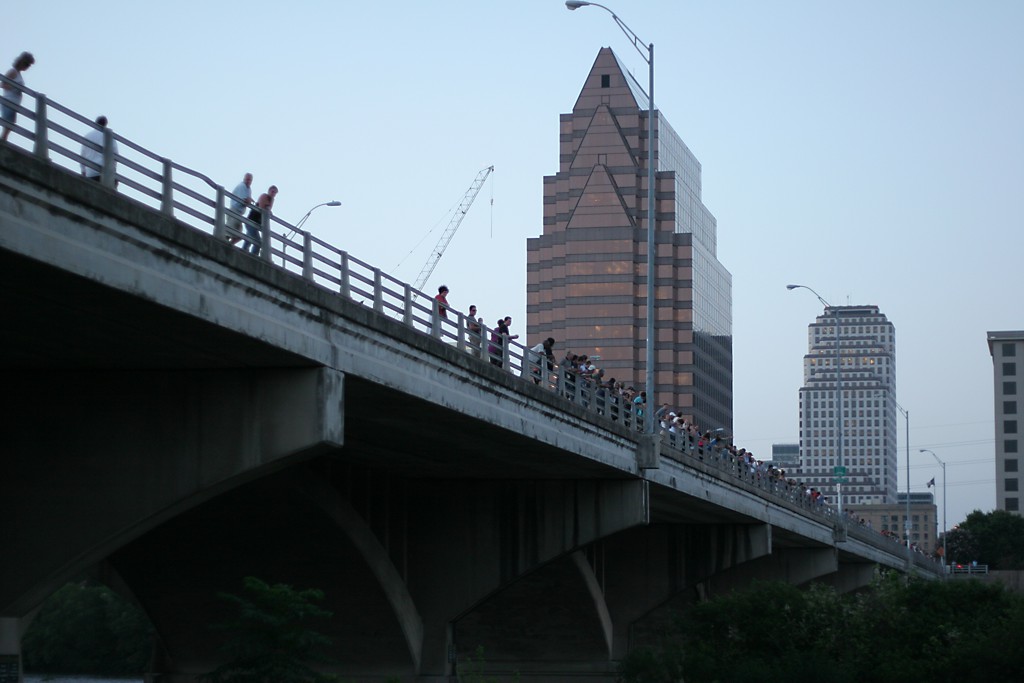 The bats attract a lot of tourists and on-lookers, both on the bridge and under it. 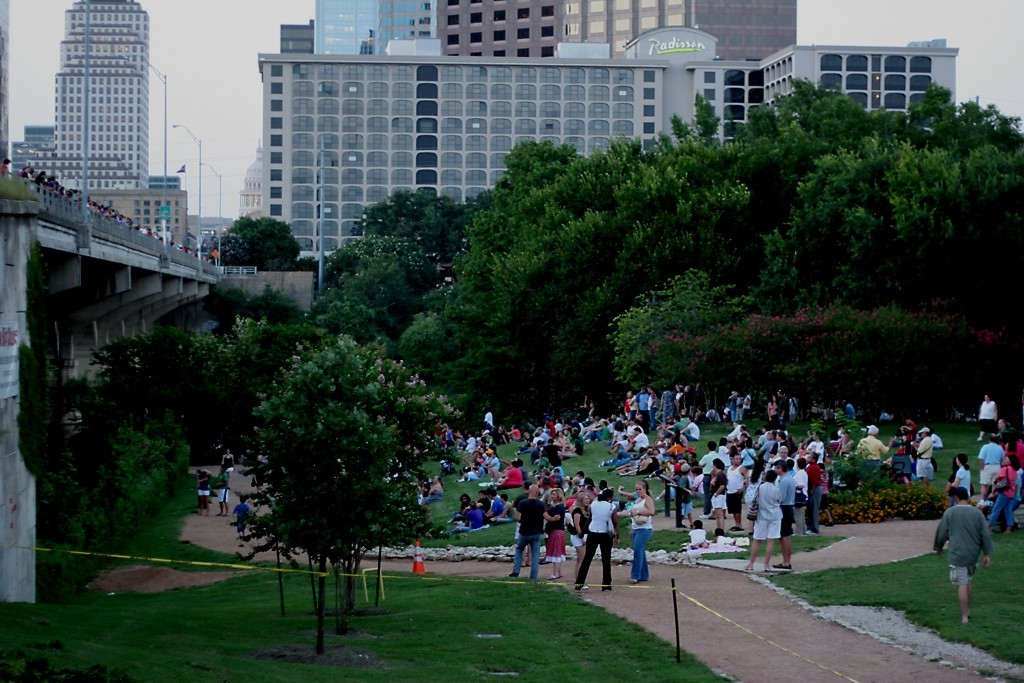 Some more people waiting for the bats to come out. The photo looks much brighter than it actually was (photo taken sometime around 20:45 I think). 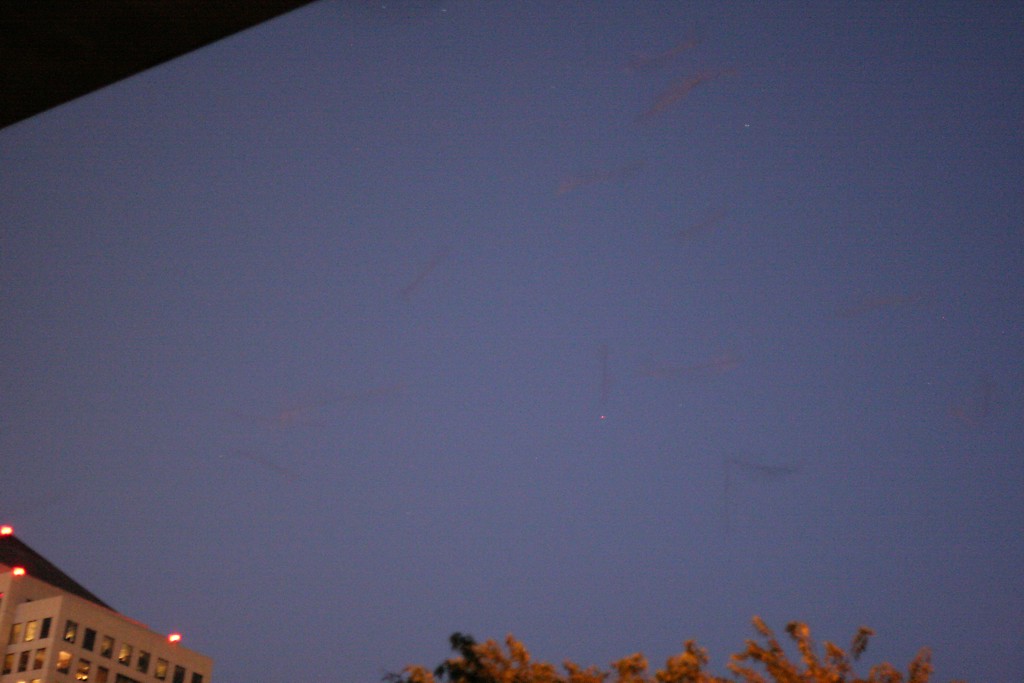 I had never photographed flying bats before, so the results were varied. First I thought I would stand under the bridge and shoot the black bats against the dark-blue sky. Well without flash that didn't work at all. Even at F/1.8 aperture and ISO3200 the exposure time is much too long to stop movement. With good eyes and a bit of imagination you can maybe see some bats in the above picture. 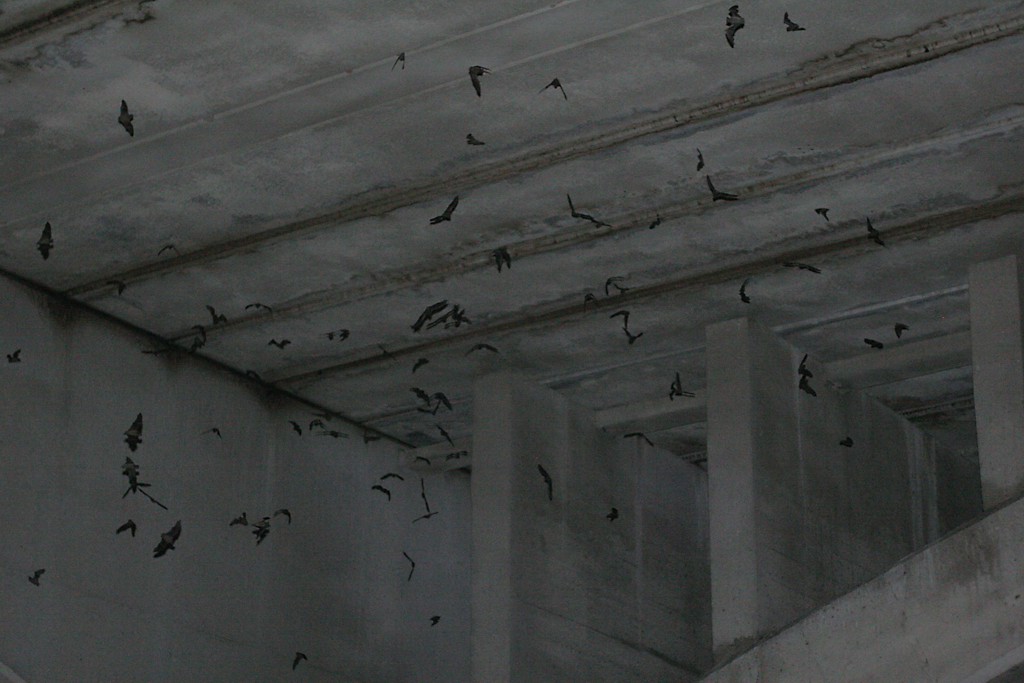 It works much better with flash! Shutter speeds of 1/50 or 1/100 nicely stops motion, and focusing was the only problem. I shot everything using manual focus since auto-focus didn't work. I forgot the camera in ISO3200 mode and fixed aperture of F/1.8, which might not have been the ideal settings with flash...

Here's another one from under the bridge. 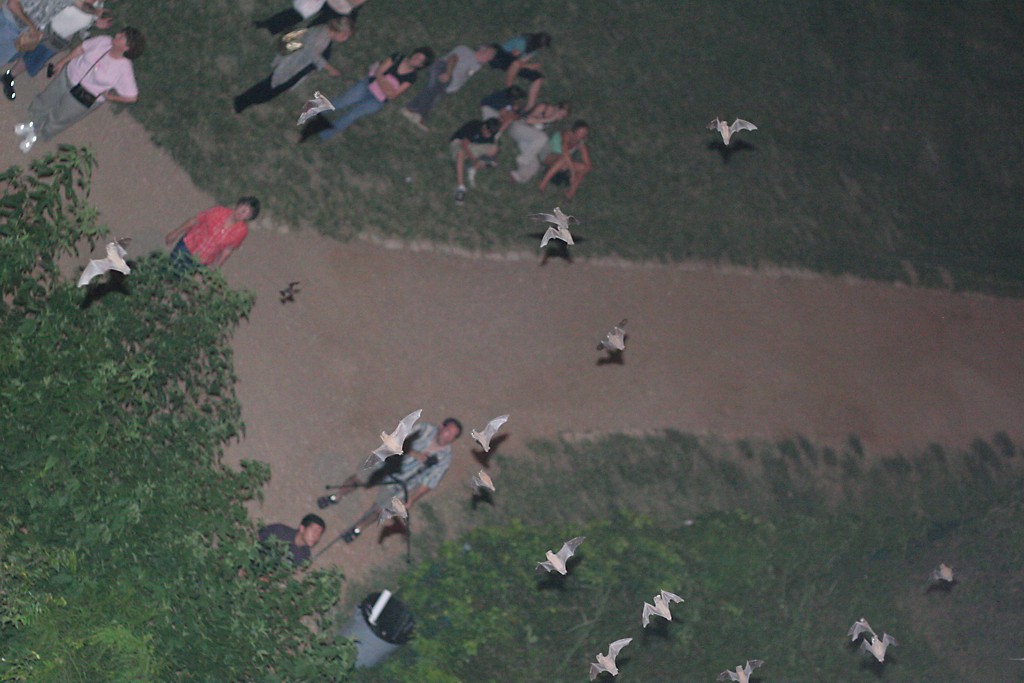 From the top of the bridge you get closer to the bats, but that also means that the manual focusing gets a lot more sensitive. 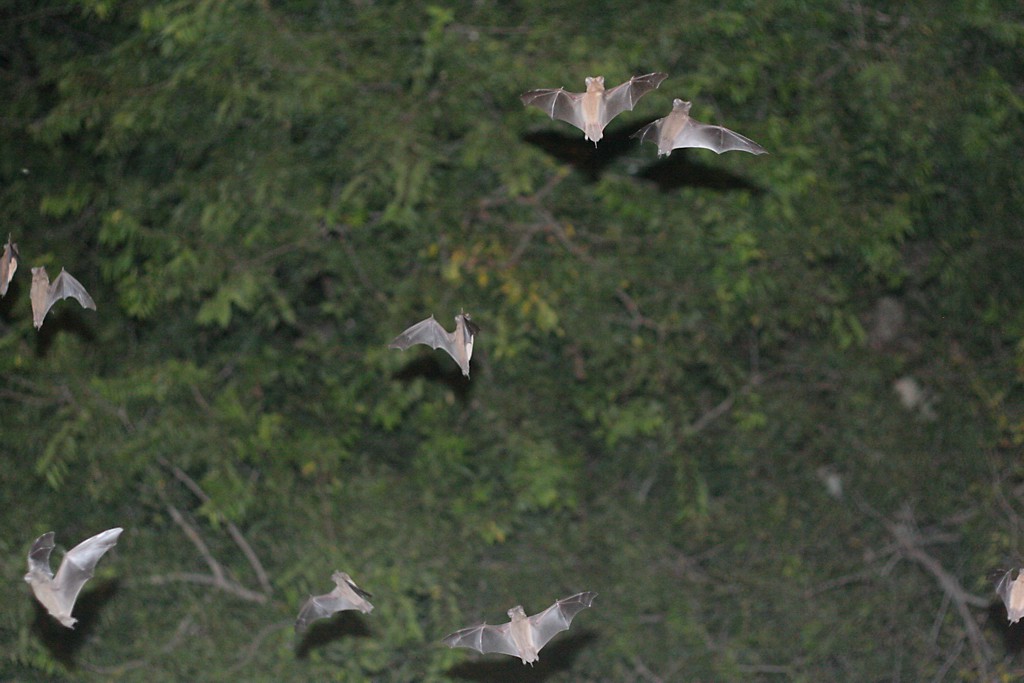 This is perhaps the best one of them all. I had a 4 Gb card in the camera and shot over 100 bat pictures, but a lot of them were de-focused, had motion blur or something else wrong with them. If someone has more experience with this type of photography, please do comment below!

These are all with the â€˜plastic fantasticâ€™ Canon EF 50/1.8 II, the only lens I travelled with since I wanted to save some weight. Excellent sharpness and coulor at times, but a bit long for some shots. My EF 17-40/F4L would have been more versatile, but also heavier and perhaps not as good for the night photosâ€¦ Maybe I need a shorter prime-lens too?

NIWeek went well. NI showed some cool new products and technologies. I definitely now need a multi-core machine for the new LabVIEW 8.5 which supports multi-threading! It's really a company that wants to listen to its customers and actively improve products. Also, the paper I co-authored for the NIWeek Paper Contest got selected as one of nine Category Winners - so that was good.

One thought on “Austin, Texas”