This years Model Expo was held during 5-7 of May 2006 at the Helsinki fair centre. 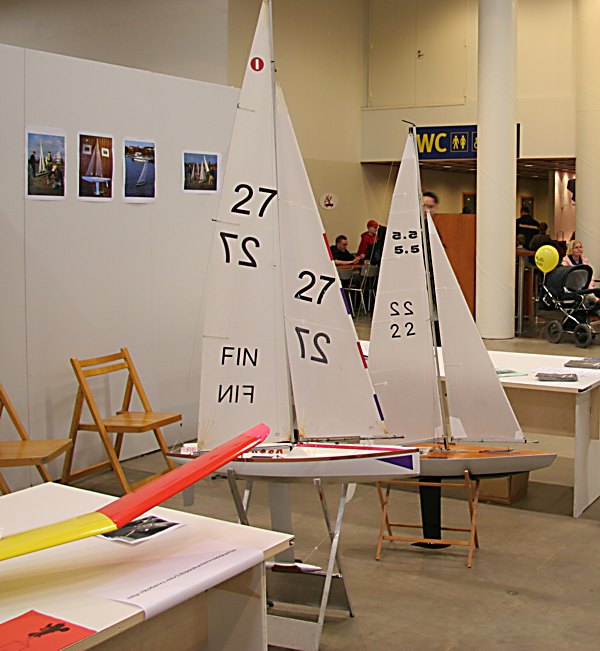 The Finnish RC-Sailors exhibited a Noux IOM and a local class boat, the 5.5mrc. Our stand was moderately interesting to the 10000 or so visitors with a handful of people interested in either buying second-hand boats or building a boat from a kit. 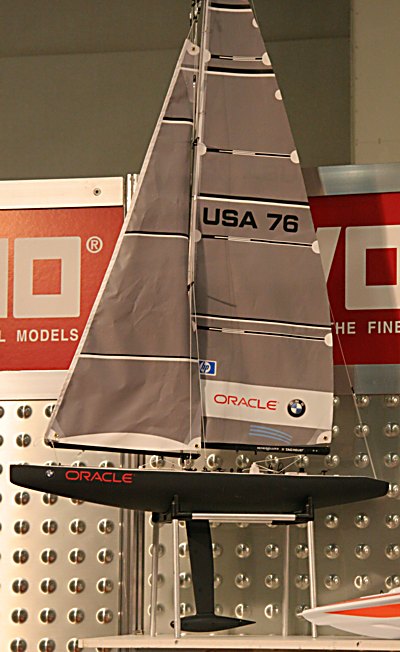 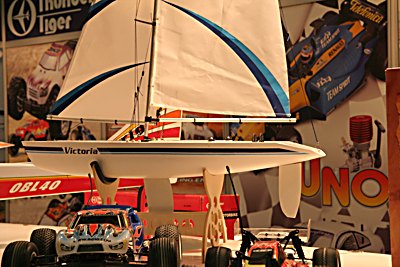 These radio yachts caught my camera - both probably too small to sail well in all but drifting conditions... To my annoyment, the importer of the ThundreTiger Voyager continues to market the boat as a 1M, or One Meter, or similar - a boat which of course does not come even close to an IOM, the worldwide premier radio sailing competition class. 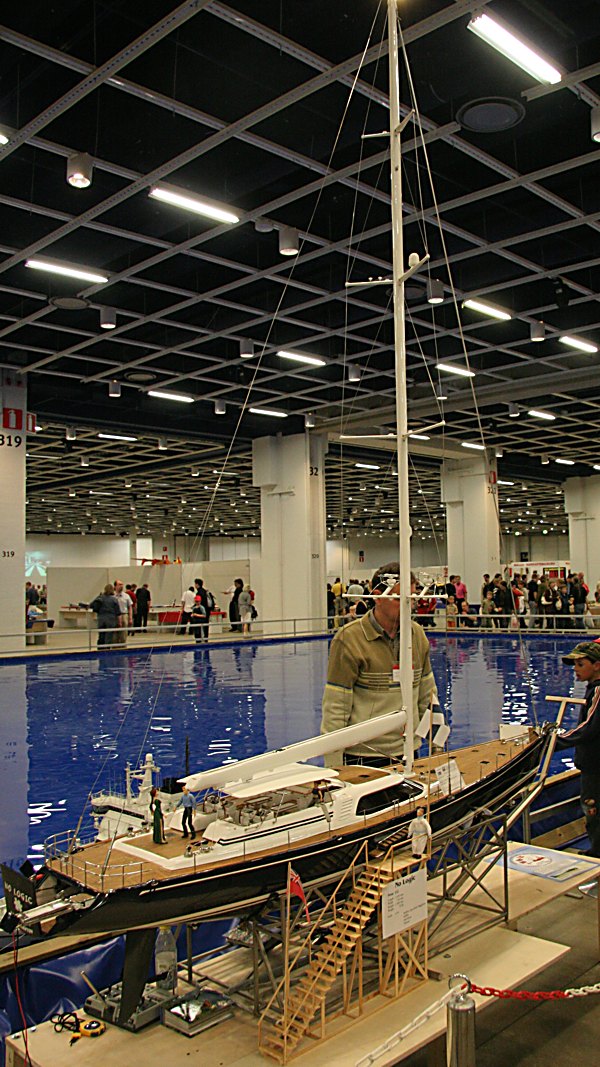 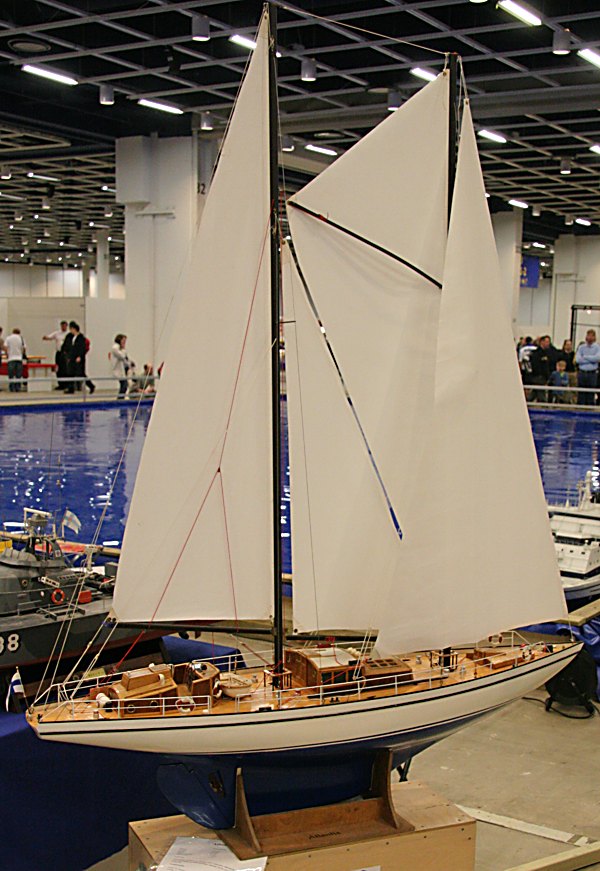 Two nicely built still-models of sailboats. I understand the Swan can actually be driven around using an electric motor - unfortunately not sailed !

One of the electric competition boats that were skillfully driven around on the indoor pond. Unfortunately the depth was not enough for us to go sailing... (+we would have needed big fans to generate wind) 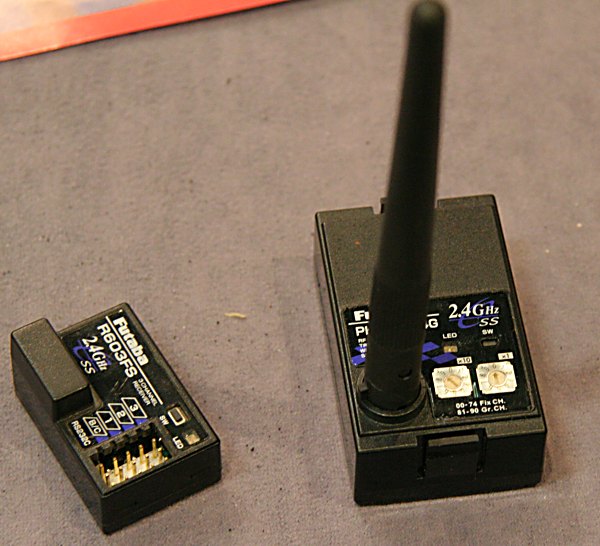 The Futaba 2.4GHz system, still not on the market according to the contacts I spoke with. Probably will be during the summer months. If the preliminary price indications are correct the Spektrum DX6 is probably a better buy. 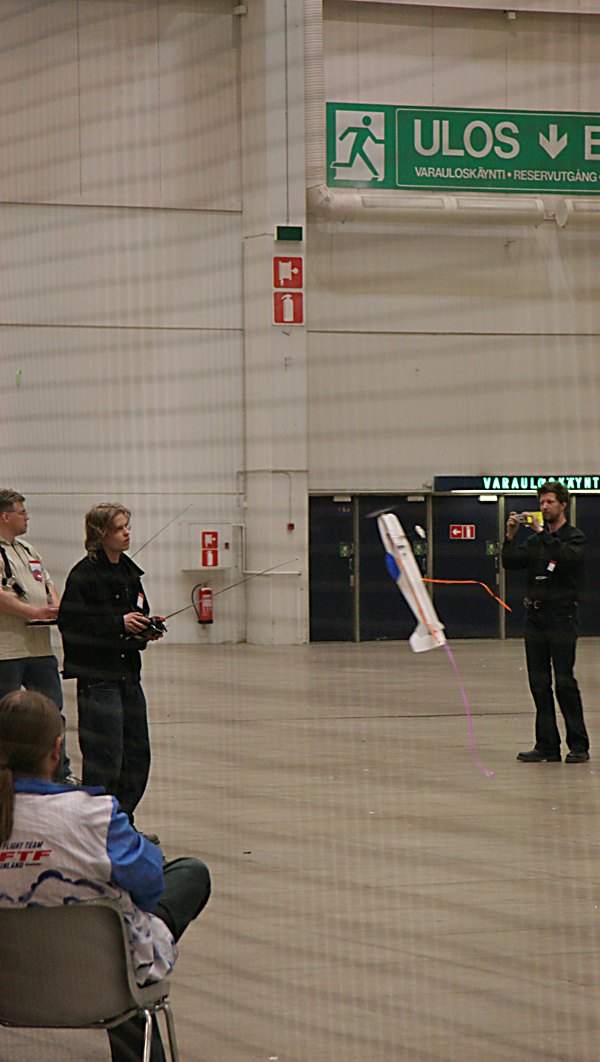 The flying hall hosted all kinds of flying exhibitions with free-flying, rubber-band, or electric helicopters and airplanes. Here a 'freestyle' competition where aerobatic flying is performed to music and judged. 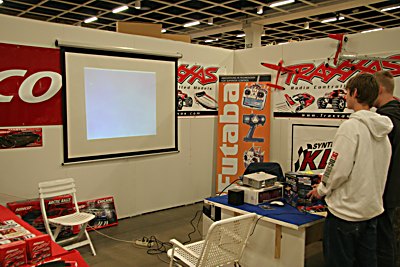 Among the flying modelers, a simulator like this was definitely the thing to have on the stand. Using a video-projector is not a bad idea - maybe something for us to show videos from competitions next year ? 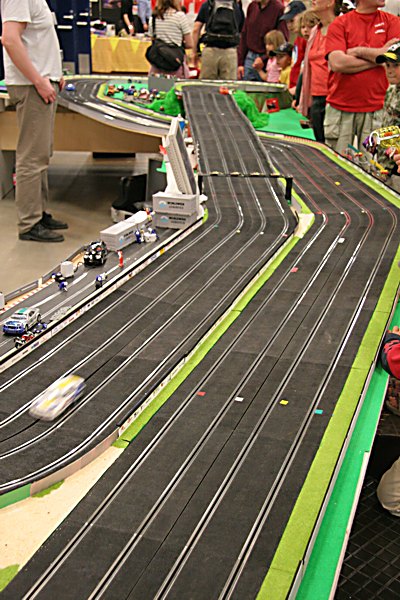 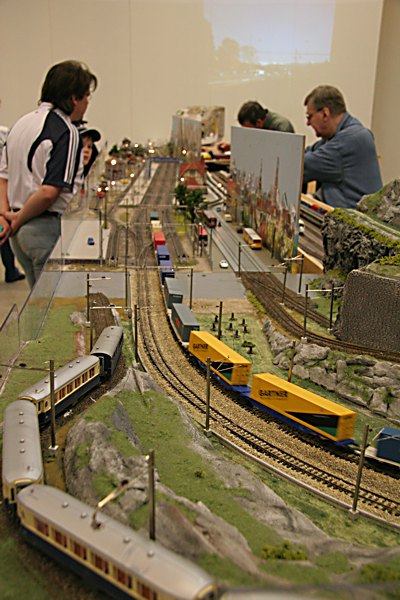 A number of people had set up big slotcar or railway setups. 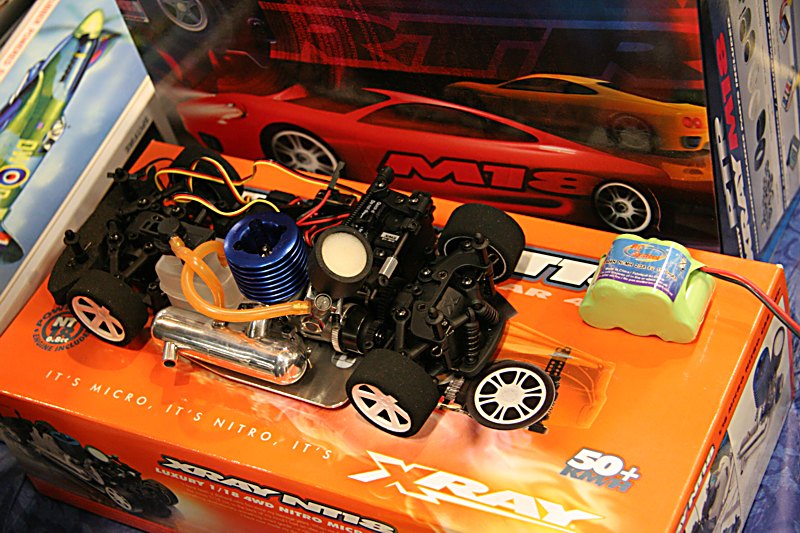 Cars this year seemed to be either very small, like the micro car above, or very big, 1/5th scale below. Both nitro powered. 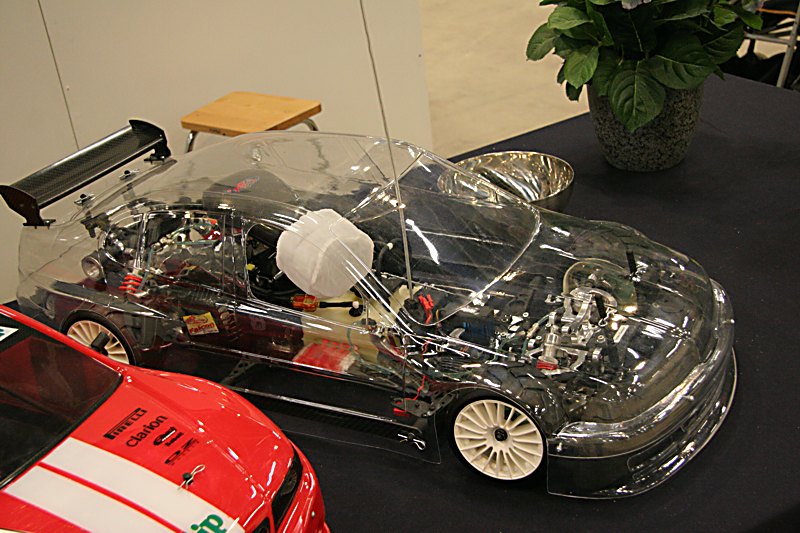 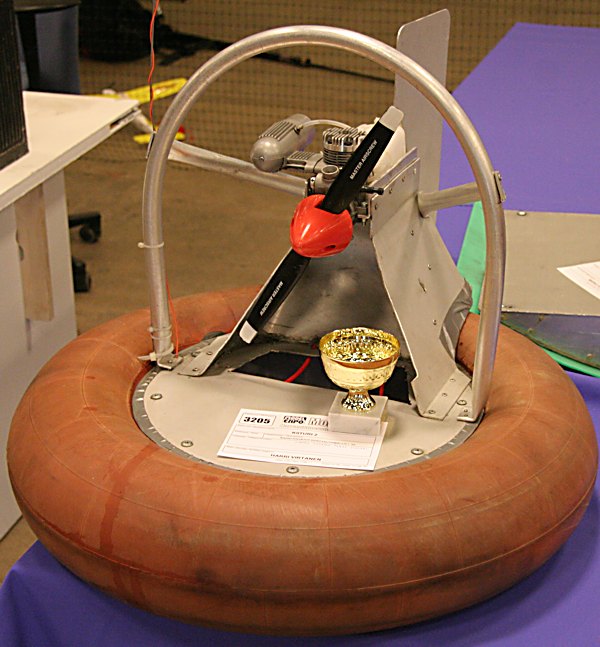 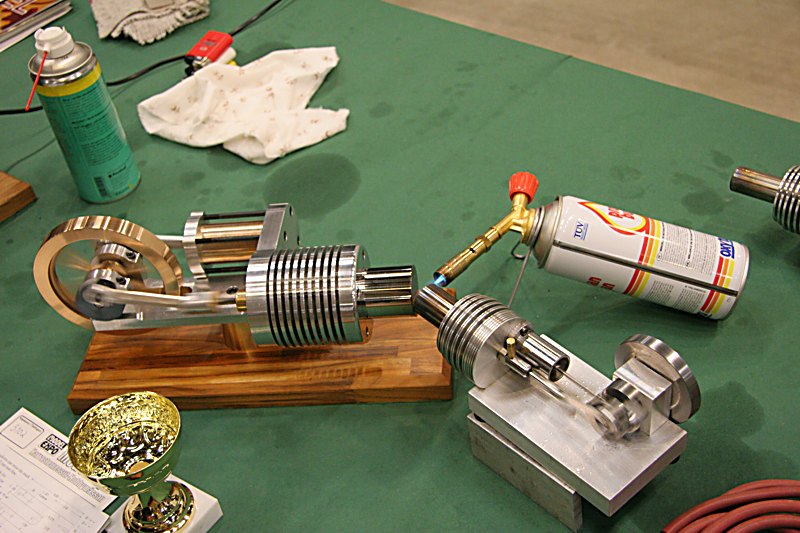 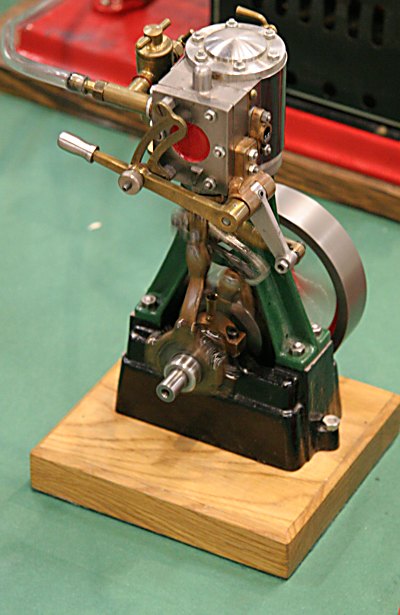 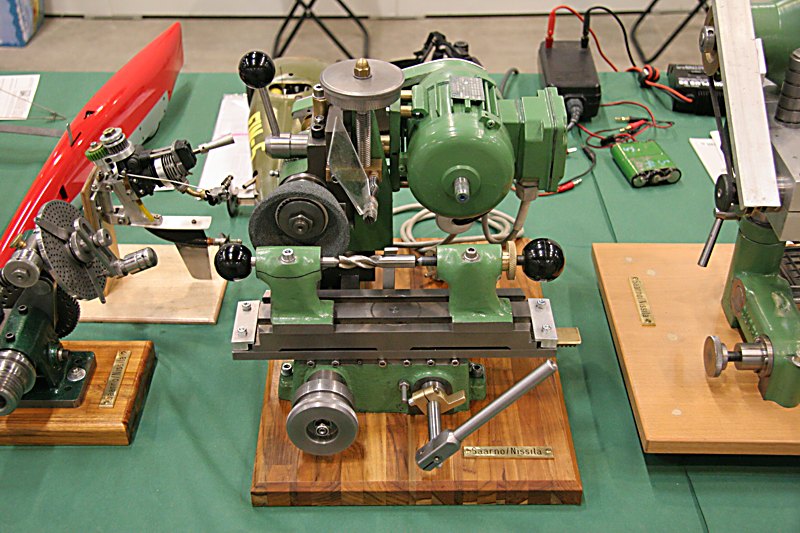 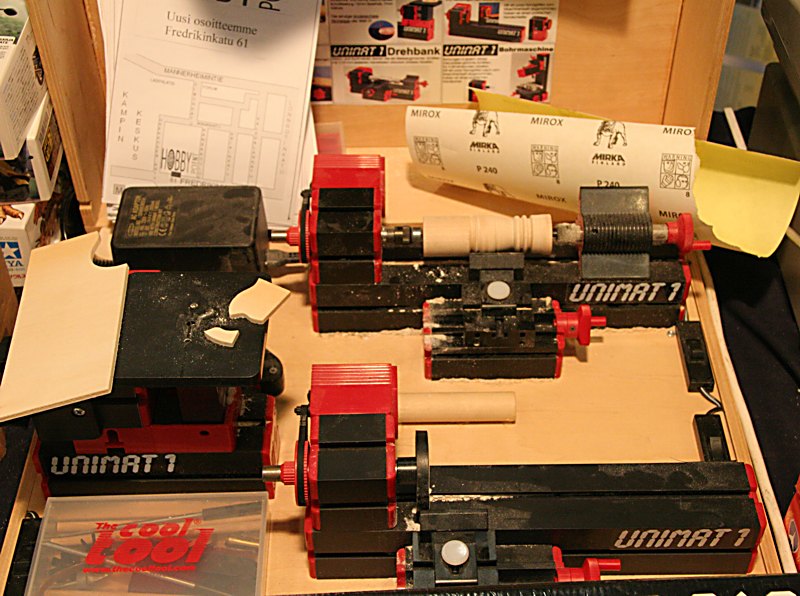 Cute miniature woodworking machines by Unimat. 'machine-park in a drawer' ! 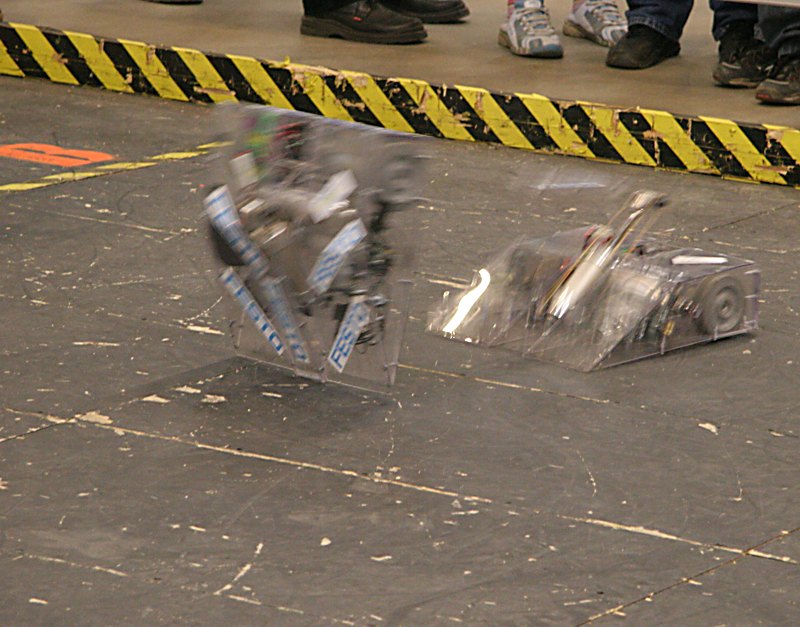 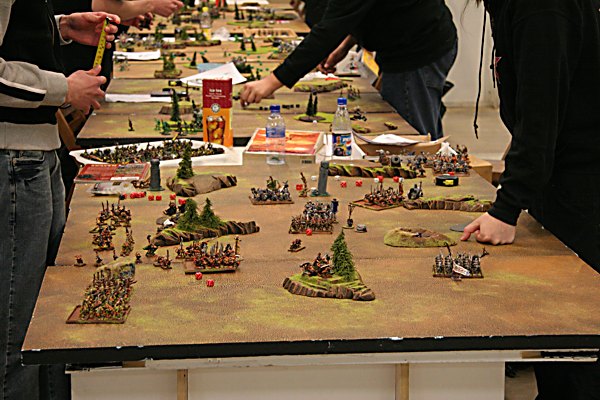 More war, a big part of the exhibition hall was set apart for warhammer games. Some kind of mix between a boardgame and a role-game, if I understand correctly. 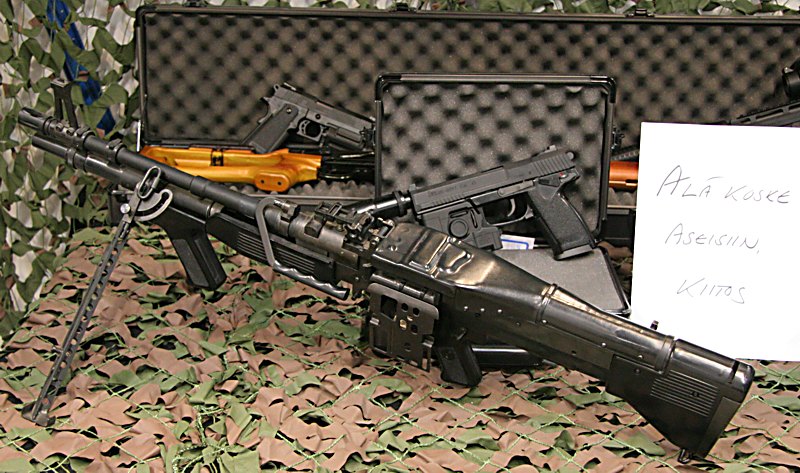 Still more war. Two examples of the several 'soft-air' vendors at the expo. Distasteful if you ask me, and not a particularly creative hobby for our spes patria...

One thought on “Helsinki Model-Expo 2006”